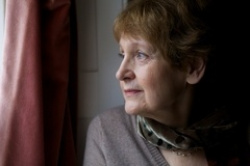 Ted Hughes is said to have told Wendy Cope in 1992: “I like your deadpan fearless sort of way of whacking the nail on the head – when everybody else is trying to hang pictures on it.”

Cope is still wielding the hammer to great effect as a packed audience at the Folkestone book festival discovered on Saturday afternoon. Among those on the receiving end was none other than Hughes, whose biography by Jonathan Bate she had just finished reading. “Fascinating,” she announced. “I knew Hughes and liked him but I didn’t know about any of that !”

Cope’s masterful reading of her poem ‘A Policeman’s Lot’ (after WS Gilbert) in which a young officer is transferred from controlling crowds and petty crime to “matters literary” – specifically “patrolling the unconscious of Ted Hughes” - received the biggest ovation of the afternoon. But Cope does much more than nail-whacking pastiche and parody and she opened her toolbox of delights to a crowd which appreciated her sometimes waspish, sometimes affectionate take on subjects including love, family, childhood, men, religion and relationships.

She said she wrote her first poem at the age of six – about her teddy bear, produced “awful” verse when she was 14 – subjects included Princess Margaret’s wedding and “singers”, but really only started to take poetry seriously in her late 20s. Seriously might seem an unfortunate choice of words to those who find Cope’s poetry a little too light or humourous but, as she said in a question and answer session, she doesn’t set out to be funny: “It just happens.”

She dreaded the thought of performing like a stand-up comedian but was similarly delighted that Jools Holland had set some of her poems to music including the excellent ‘After the Lunch’:

But the juke-box inside me is playing a song

That says something different. And when was it wrong?

She professed a liking for service stations, airports and Little Chefs (and was especially pleased to find herself agreeing here with the philosopher Alain de Botton). Among the new work she read was a tribute to the composer John Cage, a poem prompted by a photograph of a jogging Justin Welby, the Archbishop of Canterbury (she claimed to enjoy meeting bishops and priests and confessed that she was a “confirmed Anglican non-believer”) and a series of sonnets about Shakespeare, commissioned by the Shakespeare Birthplace Trust for the 400th anniversary of his death next year. In one sonnet Shakespeare is the naughty schoolboy at the back of the class thinking up puns until he is dragged out by his teacher: “Come to the front, Shakespeare, and share the joke.”

Cope was cutting on the subject of poetry being misused by examiners. Her poem ‘Bloody Men’ had appeared on a syllabus, she said. The poem compares “bloody men to bloody buses”:

You wait for about a year

And as soon as one approaches your stop

Two or three others appear.

The examinations board, Cope said, had asked questions such as: “What does the poet think of men?” and “In what ways do men flash their indicators?”

When asked about her working methods, she estimated that it took one or two hours to get a first draft, then several days of tinkering before she knew whether she had a good poem or not. She recently came to the conclusion that she had enough poems for a new collection – until she went through weeding out the weaker ones. They were to be worked on and/or submitted to her husband (Lachlan Mackinnon) a poet and Shakespeare scholar, for criticism. As far as her many admirers are concerned , the sooner she brings out a new collection, the better.

A joyous read, Trev. Looking forward to taking afternoon tea with Wendy Cope, at the the Landmark arts centre, in a couple of weeks' time.

Hitting the nail on the head, Wendy Cope? I should cocoa. So does this review.