'Hands that can rest, now, relieved of a century's weight': poet laureate’s tribute to Queen Elizabeth 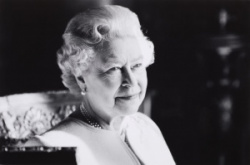 Poet Laureate Simon Armitage has written a poem to mark the death of Queen Elizabeth II.  Floral Tribute is written through the metaphor of the lily of the valley, one of the late Queen's favourite flowers, which she had in her coronation bouquet. He told BBC Radio 4’s Today programme he tried to be "personal and write a poem of condolence but without being intrusive". The two verses describe the coming of a September evening and the appearance of a lily as "a token of thanks": "A promise made and kept for life - that was your gift". It’s a double acrostic, each line’s first letter spelling "Elizabeth" when taken together.

Explaining his decision, Armitage said: "It's a lovely name but a name she probably rarely got to hear very much because everybody had to preface that with ceremonial nominals." He described the poem as an opportunity to do something "outside of the language and commentaries we've already heard".

Evening will come, however determined the late afternoon,

Limes and oaks in their last green flush, pearled in September mist.

I have conjured a lily to light these hours, a token of thanks,

Zones and auras of soft glare framing the brilliant globes.

A promise made and kept for life - that was your gift -

Because of which, here is a gift in return, glovewort to some,

The country loaded its whole self into your slender hands,

Hands that can rest, now, relieved of a century's weight.

Evening has come. Rain on the black lochs and dark Munros.

Lily of the Valley, a namesake almost, a favourite flower

Interlaced with your famous bouquets, the restrained

Zeal and forceful grace of its lanterns, each inflorescence

Breaks uncrowned on remote peaks and public parks, and

Everything turns on these luminous petals and deep roots,

This lily that thrives between spire and tree, whose brightness

Holds and glows beyond the life and border of its bloom.

Write Out Loud poets were even quicker off the mark in expressing their feelings about the death of Queen Elizabeth II at the age of 96 at Balmoral on Thursday afternoon, with many using Write Out Loud as their forum.

Stephen Atkinson's poem, using the same floral theme 'Our Lily' begins: "Our lily of the valley ..." and later observes: "Elizabethans, is all we've ever been". His poem was read out by his MP, Paul Howell, on Saturday in the House of Commons.

Julie Callaghan, in a poem titled ‘RIP Her Majesty The Queen', said: “I can’t find the right words just now / to say how this news makes me feel / I think it will take time to sink in / and to believe that it is real.” Another poet, Russell Jacklin, in a three-line poem titled simply ‘Goodbye’, said: “No words, / No thoughts, / Just tears

Another poem posted on Write Out Loud has also made waves. Philippa Atkin, whose pandemic poem 'In the Time of Quiet', went viral in 2020, said she had received a similar global reaction to her tribute to the Queen, 'For Elizabeth'.

A poem by Stephen Gospage, 1966, focuses on England captain Bobby Moore wiping his hands in "unrehearsed respect" before shaking hands with the Queen and receiving the World Cup from her. Meanwhile Graham Sherwood posted a poem titled ‘Changing the Guard’ which ends with these lines: “There is change in the air / old becomes new / there is news abroad / and we understand / with not a word spoken.”

After the first rush of emotion, inevitably there were poets that expressed other views, sceptical of royal privilege (Steve White), and noting “feudal relations in the twenty-first century” and media reaction to the news (John Marks).

The Poetry Society commissioned a poem from its president, Roger McGough. The first stanza of 'God Rest The Queen' reads: "She spoke volumes quietly. / Is everywhere and will remain so / Our shared interest, our common currency / The nation cannot let her go."

Mourning for Ukraine: how poets tried to make sense of lives lost ►

Yes - some nice lines in there but I'm not really a fan of acrostic poetry either. I sympathise with him though, having to knock something up when he might not be feeling it - I find it really hard to write poetry on demand and I guess he's drawn the short straw of the century having to write a poem for the death of a monarch.

He was great at my daughter's graduation ceremony in Leeds - such a pleasure to listen to.

Alas he can't make it to our Marsden poetry jam, Julian. I did invite him - which felt a bit like inviting the queen to my garden party at the time 🤣

It's a great pity, as he'll miss the Andrews Sister number that we are dedicating to him. 'You have to be in Marsden to get in the mood...'

I hope lots of other wonderful poets from this site might turn up though!

I agree with all that Graham says. Very good, given the context, but an acrostic? Really?
I suppose it is more or less the last resort of a scoundrel poet, which he is if, as seems possible, Stephen (A), he nicked your theme. Which would be good if it suggests he nicked it from our website. In which case, Hi Simon, get yourself to the Marsden Jazz Festival poetry jam that is, this year, being run by Isobel, at what you told our news editor, Greg, was once your local, the Railway.

I know he pinched my theme, but I'll let him off this time 😉
Yes, an almost impossible task to create something the people can relate too & also be a respectful tribute to our Queen. A decent job done in such a delicate situation

This is surely the most difficult task that a laureate can have and there is huge pressure to come up with something which is tender, though not slushy and risible.
I think he has done a good job and, as Graham says, there are some memorable lines.
I notice the lily features quite a lot - it must be catching!

If poetry does not as come as naturally as the leaves to a tree, it had better not come at all.

Reading this through over and over, there a five or six great lines in it for me.
It's a heck of a difficult task with the whole world going read/critique his work. Not sure about the acrostics though, I feel it devalues it a little.