Mourning for Ukraine: how poets tried to make sense of lives lost 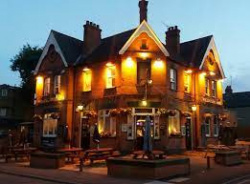 When Russia invaded Ukraine in late February 2022, a number of UK poetry groups and organisations reacted with heartfelt events and initiatives in protest and sympathy. One was a group based in Teddington, south-west London, Poetry Performance. Its organiser Anne Warrington called for submissions from its poets and beyond for an anthology. Last Friday saw the launch of that anthology, Poems for Ukraine, packed with honest, angry and compassionate thoughts about the deaths and damage wreaked on Ukraine and on his own people by Russia’s leader Vladimir Putin.

The launch had originally been scheduled for August, but was postponed because of a bus strike. Now, despite the period of national mourning for the Queen, it went ahead, and quite rightly, too. While our country has been mourning one person, the world has not stopped. People have still been losing their lives in Ukraine, because of Vladimir Putin.

The first half of the evening was actually a selection of more light-hearted poems, some funny ha-ha, some funny peculiar, and ended with an anonymous tribute to our late monarch read by Andrew Evzona. That first half was excellently compered by singer-songwriter Ian Lee-Dolphin, who refused to be knocked off his stride by any unscripted moments as poets were called up to and left the stage, making their way to the platform through a crowded room upstairs at the Willoughby Arms pub, pictured above, in Kingston.

The Ukraine half of the evening was introduced and put into context by Anne Warrington and Ken Mason. Apart from the Troubles in Northern Ireland, a small war in a faraway place  – and, more recently, Brexit, I suppose – things have been relatively calm post-second world war in the United Kingdom during the Elizabethan era. That is why it may be difficult for us to grasp the horrors that have been taking place in Ukraine since Putin’s invasion. Heather Moulson’s wry and self-aware poem in the anthology, ‘The Trouble With War’, captures that sense of incomprehension:

It distracts me from vital things

I don’t know about this strange country

that sits vulnerably next to Russia.

One of Write Out Loud’s regulars, Stephen Gospage, has no illusions about what has been going on out there. He has posted a number of angry and compassionate poems about the war in Ukraine on Write Out Loud, and three of them have made their way into this anthology. One, ‘Missile’, was read out at the launch. Its simplicity captures the everyday anguish of Russia’s barrage: “I popped out the shops to buy some bread; / When I returned my family were dead.” Fran Thurling’s poem, ‘Kramatorsk station, Friday 8th April 2022’, focused on one of the most horrific moments of the war, when a missile or two hit a railway station as refugees tried to flee by train.

Margaret May read German poet Reiner Kunze’s poem ‘Diebeslied’ in German, and Graham Harmes read her translation of it, titled ‘Song of the Thieves’, “who steal it [Ukraine] without any qualms, / and then all jubilant proclaim / what was your duty to reclaim / cannot be considered stolen.”  The final poem of the evening, ‘Blue on Yellow’ by Keith Wait, must have been chosen for its power. After invoking the sunflowers and wheat-fields of Ukraine, now “stunted” or reduced to “shattered stubble”, it ends: “Fly blue for bravery / and yellow now for love.” The evening was rounded off by a couple of Sixties-style protest songs aimed at Putin by Ian Lee-Dolphin.

A special guest at Friday’s launch was Maria Emelianova, a young photojournalist and highly rated chess player from Russia. She was due to fly to Croatia, but once the war began she brought her flight forward a few days, fearing she might be prevented from leaving by the Russian authorities. Appalled by what she was hearing and seeing, she started raising money for Ukrainian refugees on her internet channel. She faces a jail sentence of at least 15 years if she should return to Russia.

Poetry Performance’s anthology is beautifully produced and has a simple, arresting cover design by Paul Warrington, of The Cutting Edge. All profits from its sale are going to British-Ukrainian Aid, a charity providing humanitarian and medical aid to Ukraine. The cost of the anthology is £8.99 and may be purchased from Amazon, Waterstones or by email at poetryperformancetw11@gmail.com.

I am so pleased that the launch went so well. My thanks and congratulations to everyone involved. I know that Greg has contributed a lot to this and it was very kind of him to read out my poem.