Celebrating the Horovitz poetry family and the Slad valley 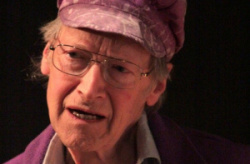 A poetry event celebrating the work of Michael, Frances, and Adam Horovitz, and focusing on poetry written during or about the 10 years they lived together in Gloucestershire’s Slad valley, is taking place in September.

Michael Horovitz, who died last year at the age of 86, was the force behind the avant garde magazine New Departures. He helped revolutionise poetry in performance from the late 1950s on with Live New Departures and the Poetry Olympics, which brought together poets from the UK, the US, Europe and beyond. He was a champion and encourager of young poets and one of the performers at the legendary 1965 International Poetry Incarnation at the Albert Hall.

Frances Horovitz (1938-83) was greatly loved and respected not only as a poet, but also as a broadcaster and performer of others’ poetry, on stage and on BBC Radio 3. She published four collections of poems, including Water Over Stone and Snow Light, Water Light. She died in 1983, aged 45, after a long illness. Her Collected Poems, edited by her second husband Roger Garfitt, was published by Bloodaxe in 1985.

The show is presented by their son, Adam Horovitz, who still lives in the Cotswolds house where he grew up and who has become an acclaimed poet in his own right. He will be reading from his own books, Turning, The Soil Never Sleeps, A Thousand Laurie Lees and Love and Other Fairy Tales as well as from his father’s work. He will be joined by actor Flo Simpson, reading Frances’s poetry. 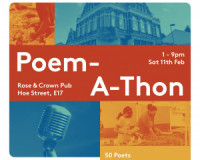