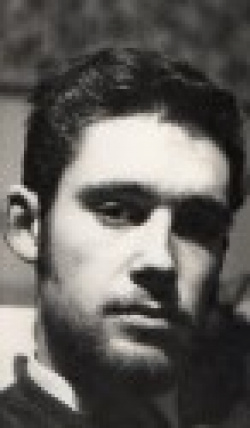 This week’s Write Out Loud Poem of the Week is Reconciliation by Ray Pool.  This is the third time Ray's work has been selected as Poet of the Week, so many congratulations to him once again.  Ray is a regular contributor to Write Out Loud, both posting his own poems and commenting on others' work.  He reads his poetry at Write Out Loud Woking and at the 1000 Monkeys in Guildford. He reveals more in this Q&A:

Poetry has been significant for me from early schooldays, John Betjeman’s 1960 Collected Poems being my first revelation; I still treasure the book.  My early involvements were firstly with music and writing essays, my father and two older brothers giving me a taste for reaching out to these fields.  The sixties became a fruitful period for the creative arts in general, so then I got the bug to write.

What kind of poetry do you write?  What motivates you?

I used to write what I considered witty poems, but have since extended my range to include any subject that appeals to me where I have sufficient confidence to air my views or shape an idea.  I do tend to favour tales using characters, and I think mood is a very important factor, also to invite the reader to feel comfortable.

If you could only have one poet’s work to read, which one would you choose?

I would have to choose Ted Hughes as my most admired poet for his impact and directness and range of feeling.  Philip Larkin would be another choice, quite different but equally compelling.

Do you perform your work and if so, where are your favourite places to perform?

I have only been performing my poetry for a couple of years, and gaining confidence all the time. The venues apart from private parties (and funerals) are the 1000 Monkeys at the Keep pub in Guildford and Write Out Loud at the New Inn at Send, and now at the Lightbox in Woking, both in Surrey.

If you found yourself cast away on a desert island, what luxury would you pick?

My desert island choice would be a powerful telescope for viewing the night sky.

It was as if the sky and the earth

had stopped talking to each other;

Yet, one night we sensed a reconciliation,

a broody bank of cloud

come with a message

for the bald brown grass

I heard whisperings on leaves,

as of tiny footsteps,

with their gift of rain.

Creativity in the Fight Against Climate Change ►

Hi Jon. Very nice that you enjoyed this - I think it was a matter of timing and reflected our hopes for rain. Cheers.

Hi Ray
Only just read this but a brilliant piece and well deserved. I can feel and sense the personality of each different element as the Poem progresses.
Fascinating and original.

Hi Jennifer. Lovely of you to say so; I think it was good timing with us wanting rain at the time!

Hello Ray!
Beautiful as usual. Thoroughly deserved POTW. envy your abiity to make something beautiful out of ordinary, everyday event.

Thanks Frances, great that you came through for me with that warm glow of praise. Glad you liked this; yes, I am so pleased with the responses!

Congratulations, Ray! How did I miss this? Is there a special button to press so I get a notice about each POTW?
Brilliant piece of writing by one of my favourites.
?

I'm rather bowled over to get this again folks as you can all imagine. I think the timing of it touched a nerve, as we are again sweltering - I imagined that nature has a will - some would argue for that and some against. That's the beauty of the mind, always taking sides. I'm sure the primitive peoples were more in tune with the forces that prevail. It seems we ignore natural signs at our peril.

Anya, thank you for your enthusiasm - i'm almost on fire today!

Darren, always nice to hear from you. Such contrasts we live through.

I am blushing Stu. I do my best, mate. Poetry is all about reaching minds, so I feel good if I do that.

Suki, i'd like you as my agent. I really appreciate the fullness of your comments. If I can inspire, that is a side effect, because one's motivations should always be untainted by pride. Thanks so much.

Thanks Taylor, a big tick from me to you for coming on board.

Karen, too kind. I always find this kind of poem better on the page, as my voice I feel does not have the lyrical resonance for this subject matter. When I next see you I'll have it ready !


Yes Col. How about a boxers robe with that name on!
Thanks mate.


Spot on Graham. We like to read the forecast before we become downcast.


Thank you Keith for your sympathetic and heartfelt comments.


Jan, I know you had the POTW, so welcome to the "club" and it's good to get you here !


Cynthia, fixed grin by now ! Most appreciated. I do keep on trying to hit the spot.


Jane, thank you! I think we are again overheating after the storms ( just a distant memory).


Especially nice to get your comment John , as I always find your work has a bit of magic to it with sensitivity. I think there may be a knack to compare ourselves with the immensity of nature.


Love to all and I will take a cold shower before the next cloud bank moves in.

I liked the way in which the metaphorical language (especially the similes) elided the weather into the human domain leaving the reader thinking.

Well done Ray and I am very pleased that your work has received appropriate recognition.

Ray, many thanks for sharing your work of such constant quality. And congrats on this honour particularly.

Ray,
Another splendid poem which I so enjoyed, especially the last stanza. Well done my friend. Congratulations and thanks.
Keith

congratulations Ray, hope to hear you read this before too long! Karen

Another affecting, effortless and elegantly composed meditation, and timely too. You have really hit some wonderful form. I know many new members who have joined this site recently will also find such offerings inspirational, as well as your thoughtful encouragement and feedback you leave here. All the best, and congratulations!

worthy winner once again mr pool. your fine words stand out amongst the crowd and do you great credit.

Congrats Ray. Can you go sick for a while please? Give the rest of us a chance.