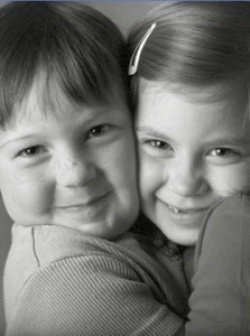 She can fart and burp

And she doesn't frown at his vulgar words

Because hers are generally worse.
No subject taboo

He gets her back

A boil he once had on his ball sack.
She says his feet are stinky and they are burning her eyes

Whilst she talks about getting kinky with some guy.

She gives him batteries for his remote control

From her plastic partner, he’s told

And they're pretty old
She gives him four for free

But they're so dead they won't work the TV
He smiles because the gesture was actually pretty sweet.

She wears conservative pyjamas made of flannel

She hoiked them up once to avoid flashing him her belly

Her resultant camel’s foot was, by his admission

An unfortunate sight.
He repays her Thai green curry

With an amazing chilli

They listen to Steve Earle

And she discusses her love for her last shag’s willy

She asks if he thinks she was a drunken prize

But if you are he’s a fool’ he repies.

Then it’s her turn to advise

On how to dump his fuck buddy

In a way that won’t hurt her

And they laugh at how he’s gone off her

Because she’s a squirter.

There's no mistake she's a mate with soul

And when the weathers bleak

Because the chemical connections have never seeped

He sees that she is fit

But does not want to ride her

She sees that he is gorgeous

But doesn’t want him inside her

They see something special in each other

But not as a lover

They talk about the past

Drink to the bottom of the glass

But she never tweaks his nips

And he never squeezes her ass
Because you can't have your sister touching your schlong
That shit’s just wrong.
There’s a comfort that’s sought,

Different routes to their scribing

That created a similar result

Both guilty of anger issues

Fuelled by things that weren’t their fault

Make them laugh on reflection

Pushing a pram full of bricks

And being scared of a dog’s erection.

She rolls in proud at 11am

Smelling of sex but happy

He high fives her

Then makes her a cup of tea
They drink together

When she asks how she looks.

He touches a fist with his sis’

They sit, speak and drink but it'll never be a date
A respite from intimate relationships

With no pressure to please

And no promises to break.

Love this! Had a tune playing in my head whilst I was reading ... Easy, like a Sunday morning..... - the poem gave me that same, laid back feeling. And the relationship sounds like something to be cherished too.
Don't particularly like the title though - for me, it doesn't quite fit.
Cx

Mia - I think you are a talented poet and I like the warmth that you convey for a relationship that is truly platonic. I don't like the shock tactics of gross sexual imagery though - I think you could make your poetry work better without it. Just a personal opinion of course and maybe I am a little old fashioned.

wow! bet that took a bit to write! lol x

Because you can't have your sister touching your schlong
That shit’s just wrong.

I was in this nunnery once... all I 'm sayin is there can be exceptions to everything.... be cool..

I love this poem! This is what happens when you spend a Sunday afternoon drinking coffee and writing with a true friend. Mia your a genius! Not wanting to BIG myself up too much, but I'm not far behind