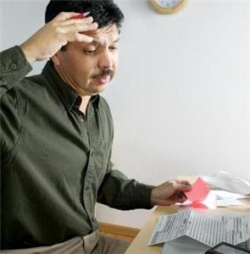 Co- written with Mike Anthony. (Not about each other. Mike is keen that the man in the photo is credited for the loinal yearning, execution and emotional seepage during his act of genital frotage, that fuelled his input to the poem. I however would like to thank childhood rejection from 'soul singer' Montel Jordan in Harpurhey market, for wrecking my head and making me hear, think, talk and write shit).

Did it happen because of booze?

Or did you assume it did

Was it an opportunity we both abused

Or do we care about each other?

Are we at the front of each other’s queues?

I don’t know how I feel,

Whether you’re something I’m scared to lose

Would your red flesh leave me with the blues?

Did what happened come under the don’ts or the do’s?

I can’t even read my own clues

I wish there were some fucking rules on cues

We disappeared once gobbled,

Mates asking if you’ve been playing with foos

And want to know whose

They want details of goos,

Sparking anxiety with a potential chorus of moos.

We spent the night together;

A vag tight as the Jews

I find comfort recalling your affuse

You can’t deny I made your juices ooze

Sprouting fantasies about fucking in only Jimmy Choos

You gave me a sex bruise

Then we slept in pools of our crotch spews

We woke up embraced;

Stuck together with invisible glues

The way that fleeces cuddle ewes

Our morning was fresh,

You left me mourning dews

Regardless of questionable regrets we rewind and give the best reviews

I left you suffused.

We can deny present emotions

But it’s a fact that bodily fluids transfused

My stomach sits empty whilst your memory stews

I want to inject your Taboos

And let them Infuse

Because your honey’s sweeter that Winnie the Poohs’

But we’re at a safe stage

No arguments to defuse

At arms length from the lit fuse

I like that you’re someone I’m able to amuse

But fear you’d be infectious like bird and swine flus

But it leads too easily to a trip

Regressing to getting trapped

Getting to a stage when we start to accuse

Love morphing into prayers of Voodoos

And all of a sudden mutual friends greet you with Boos.

You’re safer being removable like a pair of shoes

I’ve got a singularity complex –

So I’m not sure about twos

I don’t know your views.

Am I bad news?

Either way, I search, finding feeble faults to put me off

But if you told me you wanted me

My coldness is something you’ll have to excuse.

So, if nothing comes of this in the least you’re an artist’s inspiration;

I like this poem. It has some (dare i say dodgy) rhyming schemes in there but performance wise it would go down great i think.
I am talking about the poem by the way :-)

I'm lost for words to describe the absolute brilliance of this poem! As you already know I have had a few 'muse' recently who have all contributed to my writing. So this is for them, they know who they are x