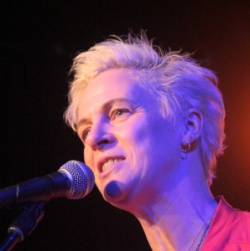 A journey through Jo Bell’s three years as canal laureate took place at Little Venice in London on Wednesday night, involving, among other things, kingfishers, dry docks, the enormous Caen Hill flight of locks, a crowd-sourced poem from Crick boat show, and a nailbiting trip that she took in her narrowboat Tinker from Portishead to Gloucester that included negotiating the Severn estuary.

The evening at the Canal Café theatre, organised by the Poetry Society and the Canal & River Trust, was billed as Jo’s swansong as canal laureate, but there are likely to be more farewells along the way. She opened the event by saying she welcomed this chance to read her canal poems and explain where they had come from - poems such as ‘The archaeologist of rivers’, referencing her former job: “The slow machine that England was / is stamped on every bulrush boatyard, on the lock gate / knocking home.”

A crowd-sourced poem called simply ‘The Crick poem’ conjures up the life and times and humour of the canals, and includes such memorable lines as “we’ve seen more than you can write down … great pedal organs on tiny little boats … the winter approach to Standedge … the bagpiper on the Huddersfield … braving the laughs on Canal Street on a boat called Pleasure Bent.”

‘Boat in dry dock’ concludes with that moment when the boat, a living thing, moves as the water rushes back in: “The cut pours in to ease her steel. / She thinks of floating; bobs and shivers, / tries herself against the flood.” Talking of her poem ‘Lifted’, she said: “This is nominally a poem about working a lock, but of course a poem is never about what it’s about, so it’s also about things like difficult relationships …”  ‘A crossing’ tells of that journey up the Severn estuary, “which I do not recommend unless you have a strong constitution and a great deal of strong tea inside you”. And ‘Frozen in’ evokes that moment when “you wake, and know. / The boat is still as bones … The canal was taken in its sleep / and paved with cold.”

Jo introduced ‘Channelled’ – a touching, “two-kingfisher”  poem about a married couple working their way down the canal – by recalling how she was upstaged at a literary festival in Stratford by those celebrated waterways travellers Timothy West and Prunella Scales. She was supported at Little Venice by the energetic Dead Rat Orchestra, whose numbedrs included a song about the opening of the short-lived Croydon canal, which went bankrupt after only 20 years. A railway now runs over some of it.

Jo said her time as canal laureate had been “emotional and humbling for me … I felt that I was speaking for more than myself … It’s been a huge adventure.” Both the Poetry Society director, Judith Palmer, and Tim Eastop, arts development manager for the Canal & River Trust, praised Jo for the way she has steered and developed the inaugural role.

One of her final poems was ‘My country’, which she described as “an alternative England” … “This unpromised land, this country / without self; its private happiness, / its snoozy dawdling at city-back or meadow.” These days, some of us who don’t live on the canals wish we could escape to that other England, too.

Many of the poems that were read at Little Venice can be found in her outstanding collection, Kith. It will be hard to say goodbye to Jo Bell as canal laureate. Maybe she can retain the title in some honorary capacity, this matchless poet of the waterways. 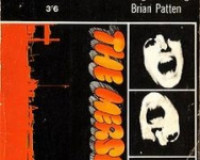 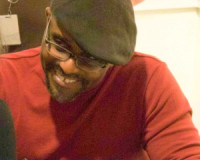