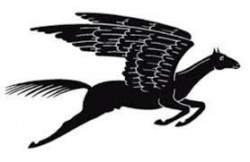 The Poetry Foundation has promised sweeping reforms after an extraordinary few days in which its president, Henry Beinen, and the chair of the foundation’s board, Willard Bunn III, resigned in response to more than 2,000 people signing an open letter criticising the foundation’s approach to the Black Lives Matter protests sweeping the US.

The critical letter, posted online a week ago, was issued by 30 poets connected with the Chicago-based foundation, including Ocean Vuong, Eve L Ewing and Danez Smith. It was prompted by a four-sentence statement issued by the foundation on 3 June, expressing “solidarity with the Black community” and declaring faith in “the strength and power of poetry to uplift in times of despair”.

In the letter, the poets called the statement “worse than the bare minimum” and an insult to George Floyd, Breonna Taylor and other African-Americans whose deaths in encounters with police prompted the protests. The letter to the Poetry Foundation demanded diversification of the foundation’s staff, and more support for poets from marginalised groups.

In two new statements, by the foundation’s staff and by its board of directors, the staff of the Poetry Foundation and its Poetry magazine said: “Our community has called on us to listen, act, and do better. We acknowledge the pain and destruction caused by the policing and systemic oppression of black lives. We must say their names because Black Lives Matter: George Floyd, Breonna Taylor, Ahmaud Arbery, James Scurlock, Aiyana Stanley-Jones, Atatiana Jefferson, Bettie Jones, David McAtee, Tony McDade, Laquan McDonald, and countless others who have been killed. Their lives are a fraction of black lives affected.

“To our community of contributors, subscribers, partners, and visitors which includes, but is not limited to, Black, Latinx, Indigenous, Middle Eastern, Asian, trans, non-binary, and queer people, undocumented and other immigrants, people with disabilities, and those struggling financially: we apologise for our silence in the face of crisis amid the call to dismantle institutional racism.

“We wish to express our deep gratitude and reverence to the authors of the community letter, to every person who signed in support, and to those who have spoken up in the past. Through our acceptance of institutional silence to questions and concerns raised, we have let you down.

“We acknowledge that we are predominantly white staff, and occupy other privileged identities ... We pledge ongoing action in response to the call to dismantle white supremacy. We will hold ourselves accountable today with immediate actions, outlined below, and will move forward with the long-term equity efforts laid out by trustees.”

The foundation’s staff said that its board “has approved a minimum of $1 million of funding over the next two years. This support includes an immediate donation of $250,000 to the Artist Relief fund to aid individual poets and writers. The remaining will go to organisations fighting for social justice, and working to advance racial equity in poetry and affiliated art.”

Other pledges include seeking to work with black historians “to research and document the debt that the Poetry Foundation and Poetry magazine owes to black poets in extensive detail … researching important out-of-print books by black poets and the archives of black presses … calling on senior leadership and trustees to donate to local, grassroots organisations fighting for social justice”.

In its own statement the Poetry Foundation’s board of directors promised to “work to further institutionalise policies that acknowledge and honour the roles played by black people, Latinx, Indigenous people, other people of colour, people with disabilities, and the LGBTQ community. This will start with an equity audit of all foundation policies”.

The statement went on to pledge “changes in practices and programming, and grant-making that can be quickly implemented to better serve poets and audiences in a more equitable manner.

“Finally, when we launch a leadership search, we will be seeking to develop a broad and diverse applicant pool of candidates who share a deep commitment to diversity, equity, and building a culture of inclusion as well as the expansion and enhancement of poetry.”