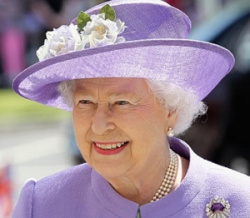 The Queen and the Duke of Edinburgh are holding a reception “to celebrate contemporary British poetry” on Tuesday 19 November at 6pm –  and, not surprisingly, the poetry world is wondering who has been invited, and who has not. On Twitter leading performance poet Luke Wright said he had received an invitation, but added: "I think I've got to stick to my principles and not go, even if that seems a little pompous/self-important." Another poet, Dean Atta, reacted to his invitation on Twitter: "I can't wait to tell my grandparents!"

While a number of other poetry figures also shared news of their invitations on social media -  and Write Out Loud's article spurred Adam Horovitz into satirical verse, (see below) - Todd Swift, of publisher Eyewear, said in his blog: “Naturally not everyone can be invited, so the list has become a de facto Who's Who.  It would be a fascinating list to see.  I don't seem to be on it, for instance, but I know that the young poet, Keiran Goddard, shortlisted for the Melita Hume prize, is, though yet to have his debut collection out.” Swift added:  “I actually would have attended, gladly.  I am British, and would have been glad to be included. Yet again, though, these hierarchical lists in British poetry - already a small room on a small island - tend to compound divisions, rather than overcome them.  We shall see.  I hope everyone invited has a grand time.”

As AA Milne observed - knowingly or wistfully - in his poem 'Buckingham Palace,' about Christopher Robin's trip there with Alice: "They've great big parties inside the grounds."

His poem includes the lines “Alice is marrying a tousle-locked bard. / ’A poet’s life is terrible hard,’ ", and “They’ve great big parties inside the grounds. / ’I wish they’d just sent us a hundred pounds,’ / Says Alice”.

Horovitz said on his blog that it was written “whilst watching with interest a certain amount of huffing and puffing from sections of the poetry community on the internet about whether or not one should, as a poet, take up an invite from the Queen to celebrate contemporary poetry at Buckingham Palace”.  He added: “I wasn’t invited, so can safely bask in satire without having to worry about whether I’d have gone or not …”

His penultimate stanza observes:  “ ‘Do you think they’ll give us a chance to perform?’ / ‘It’s all about tea, dear, not bucking the norm,’ / Says Alice.” 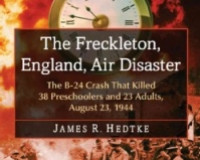 *A few spoken word poets will be representing Contemporary poetry at the palace, Kadijah Ibrahim, Ali Gadema, Joelle Taylor and Myself will be adding the urban flavour.*

HRH was down the road today
Getting on the royal train
From Heaton Chapel Station.
I meant to pop down and have a word
Or even a whole poem
But I forgot and had instead
A cup of tea and small slice of
Royal Battenburg.

I'm proud to be attending the Stephen Spender Poetry in Translation Prize next Tuesday night. You would have thought HM would have looked at the calendar and not clashed with that!


You must be jokin!

Well personally I prefer her in duck egg yellow.

A few spoken word poets will be representing Contemporary poetry at the palace, Kadijah Ibrahim, Ali Gadema, Joelle Taylor and Myself will be adding the urban flavour.

I wouldn't go down, not even with Alice

Was it Groucho Marx who was reputed to have
rejected the idea of being a member of any club
that would have him?
I feel the same about much modern poetry.
But I'd love to hear what the Duke of Edinburgh
has to say!!

Just so long as the threshold for defining "rich" is above me, eh?

Here we go again. The haves and the have-nots are at it again. The best way of treating Royalty is to ignore them and they then become insignificant surely?

Thank God none of you are on the list. You'd all be too grand for WOL then eh?

The poor and disadvantaged will always be with us as long as we have charities.

We really are a charitable bunch, aren't we?

I couldn't think of anything worse than mingling with a load of dribbling, sycophantic parasites.

''"They've great big parties inside the grounds,
where suck-ups and lickspittals are doing the rounds''

blasted privatised postal services must have mislaid it. Heigh ho. I believe that not being invited is a better option.