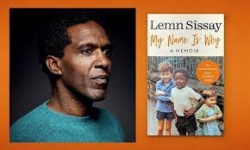 Poet and playwright Lemn Sissay has been awarded the OBE in the new Queen’s birthday honours list. Sissay, who was previously awarded an MBE, said on Twitter: “Today is a good day.” Sissay, who is chancellor of Manchester University and current guest director of Brighton Festival, was born to an Ethiopian mother in Britain in 1966. A social worker assigned to his mother by Wigan social services found foster parents for Sissay, told them to treat it as an adoption, and renamed him ‘Norman’. When Sissay was aged 12, after his foster parents had had three children of their own, they placed him into a children's home and said neither they nor any of their family would contact him again.

Between the ages of 12-17, Sissay was held in four different children's homes. After leaving care, he began the search for his mother and took back his real name. At the age of 17, Sissay used his unemployment benefit money to self-publish his first poetry pamphlet. At 19 he was a literature development worker at Commonword, a community publishing cooperative in Manchester. Sissay released his first book of poetry in 1988 at the age of 21, and since the age of 24 he has been a full-time writer, performing internationally.

At the time he was installed as chancellor at Manchester in 2015, he appeared on Radio 4’s Desert Island Discs with Kirsty Young, talking, often with great emotion, about his childhood. He has worked  with young people leaving care, and said: “If you want to know how young people in care feel, get them to write poetry.”

◄ 'And when the owl stirred, a fine dust fell from its wings'

But does talent always find its way to the top? There's luck, right time, right place, then there's opportunities blessed or unblessed by fashion, then there's a willingness, by the author, to write about what people think they want to read about. No I'm with Thomas Gray who in his 'Elegy shows how few really do receive their just desserts and how gravestones mark:

Some village-Hampden, that with dauntless breast

The little tyrant of his fields withstood;

Some Cromwell guiltless of his country's blood.

"Part of something that no longer exists"? The same might be said
about slavery to those who keep on about it's existence two centuries
ago. I am encouraged instead by the wise words from the award-winning US actor Morgan Freeman and the Harlem-born academic Thomas Sowell. Both well worth reading and filing in the mind.

Fair play to Lemn, and to Raheem Sterling, too, if it comes to that. I just hope that we eventually find a better way of showing that we value someone, than by making them part of something that no longer exists.

A refreshing reminder that tenacity and belief can produce success,
against all the odds that can be trotted out to excuse failure.
And how pleasing not to have any objections to the word "Empire"
encapsulated in the awards of "MBE and "OBE". We are all
products of our age and its opportunities. Talent, like cream, finds
its way to the top.