The Naming of the Parts 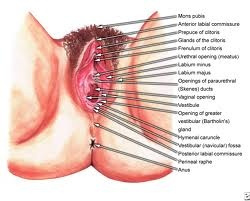 (An examination of the skills a 21st century man needs. No wonder Henry Reed stuck to his guns!  I carry this map around with me in case).

Yesterday we had woodwork and metalwork and D-I-Y.

Today we have naming of the parts.

Yesterday we had the Allen Key

which is now called the Hexagonal Wrench.

So it’s curtains for the Allen Key.

Yesterday we had motor vehicle maintenance

of the Vauxhall Victor, Viva or Volvo.

Today we have the vulva

Yesterday we had the tenon saw and hacksaw,

the bow saw and the coping saw,

whose blade was easily broken

but can be repaired or replaced.

Today we have the hymen which cannot.

Yesterday we had the Biffin Bridge

what was of use in memorably cushioning hanging encumbrances.

Today we have the perineum which is also memorable

and which we have all got.

Yesterday we had the bit and brace

of circular motion and gentle pressure.

Today we have the clitoris,

which in Fatima’s case she has not got.

Yesterday we had the mythical long-stand

of acquaintance to both master-craftsman and apprentice

and which many said did not exist.

Today we have the G-spot.

Yesterday we had joinery and tiling,

Today we have the naming of the parts.

There is also a joke I am reminded of via your choice of illustration John:

A wman was concerned and frustrated by her husband's lack of interest in the bedroom department. She visited her GP, who advised her to make sure that when her husband returned from work she should make sure that he was instantly aroused and reminded of her needs and availability.
Before her husband was due to return home that night she stripped naked, and as he was about to put his key in the door she did a handstand against the door jamb, legs akimbo (the sight that greeted him being that in your picture.)
On opening the door he exclaimed "Blimey Vera! Comb your hair and put your teeth in, you look a right c**t!"

Apologies to all those of a sensitive disposition . . .

Bugger! You had me there, Julian! I envisaged Lord Longford and Mary Whitehouse coming up my drive!
(I suppose you were just keeping your hand in).

Well remove, Julian, if you're not happy. I'm not precious.

On behalf of the management of Write Out Loud I must warn you that we have had a serious complaint about this, so I am looking into it.

I thought it was parts of Africa that did that but it's probably more widespread.

All I can say on that subject is that I would cheerfully emasculate the barbarians capable of doing that to a woman. It's one of those subjects that makes my blood boil - even in a comedy piece.

You've brought to mind a bit of philosophy I recently heard.

"The whole is more than the sum of all its parts"

I wonder if this is what Aristotle had in mind?

Oh Anthony - you are awful! Only you would have thought to run your cursor over that picture. Perhaps it needs some further explanation. You have to run the cursor over whilst at the same time depressing your index finger - that way you get the sign :)

That's a really gross picture John but I love the idea of it representing Pinkie and Perkie with just a perineum between them!

I'm impressed that you've acquired some technical knowledge John - now perhaps you can start learning what to do with those parts :)

I can't really comment on the poem John, as the technical terms you are using are all unfamiliar to me. Love the accompanying pic of David Cameron and George Osborne though. (I'm guessing, but I think that might be a perineum between them.)

p.s. Just had a strange deja vu experience! Move your cursor over the pic and check out the label it produces - well I never!

A thought - if super glue can be used for helping to heal wounds, why not the hymen? Also - brought on by JC's lines...
Is it goodbye to words like foreplay and lube
Once science makes new life in a test-tube?