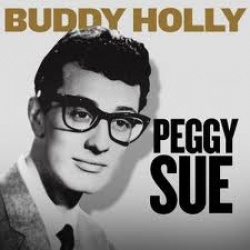 If you do veggie stew

Make sure you spuds are well cooked through

And your carrots and your turnips too

Al dente veg is so very hard to chew.

Put it in an oven dish on gas mark 2

For an hour; let it cook slowly through;

Then add you dumplings for a perfect veggie stew.

Suitable for veggies and for vegans too

It sticks to your ribs better than araldite glue.

Eaten in Peru and also Timbucktu

You’ll become as good a chef as that Michel le Roux.

Warms your cockles through and through

Suitable for veggies and for vegans too

It sticks to your ribs better than araldite glue.

So once you knew

You’ll be feeding the neighbourhood crew

They’ll be making a queue for your winter veggie stew

You’ll have pulled quite a coup with your perfect veggie stew.

◄ The Naming of the Parts

Hello Tony,
Thanks for your thoughts on "Veggie Stew". I do indeed intend to sing this live (I shan't be singing it dead!)

When can we expect a CD of these hugely enjoyable - and, let's admit - clever! - takes
on hits of yesteryear?

I was listening to a 50s compilation recently and it struck me just how many songs had a girl called Sue or Susie in them. It was obviously extremely popular back then - or maybe it's because so many words rhyme with it - like glue, chew, you, who, too, to, two,loo, flew, brew, shoe, new, drew, blue, atishoo - oh, and stew of course.

Nice one John! You should sing this live! Take care, Tony.