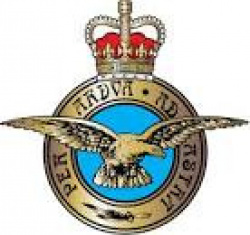 PICK UP THOSE FEET!

YOU SHOWER OF SHITS!

YOU SHOULD HAVE JOINED THE BLOODY NAVY!

DON’T LOOK AT ME LIKE THAT, I’M NOT YOUR SWEETHEART!

We had just six weeks to go,

Apart from our sleep last night

We had been here in hell just eight hours,

Nothing prepares you for this life, this man

And without a doubt, this man was a bully,

He made us go and get injections we didn’t want

As well as making us late for lunch.

Corporal Stewart was a smallish man,

With a pronounced Napoleon complex,

A peaked cap that cut the bridge of his nose

And a very loud mouth,

He kept telling us he wanted to be our friend,

I’m not too sure that was true.

Lunch is over in just thirty minutes,

Now back to the barracks to change

Into our rather fetching royal blue PT kit,

According to our still uniformed Corporal,

How come he hadn’t changed?

Because he had fostered us out,

For the pleasure of two of the meanest muscle men

Ever to instruct physical fitness at an RAF Station,

They were to oversee our pain and torture

For the next few gruelling hours, they relished it,

One ran in front to kick up the pace

The other ran behind to kick up the arse.

Transpires that country running was a digestion aid after all,

Ninety per cent of us threw up our lunches,

This was just the beginning of hell.

Over the next six weeks,

We got gassed in a small chamber,

We had to remove our masks to show our courage,

We were shot at, not directly,

The spent cartridges from our neighbour would bounce off our heads,

We marched every day,

Had PT every day,

Made bed packs every day, for inspection

Make a good one, then it’s best left alone, intact,

Sleep on the floor covered by a thick coat,

We went to church on a Sunday for a nap,

Or cleaned toilets because we got caught napping

Some young men didn’t make it, and left,

Others were back flighted to start again

The air force doesn’t want you to fail,

They wanted you to at least try

Because trying is a success in its way,

But you had to try it their way

Learning to do everything we were ordered,

No questions, no asking why,

Being a team, looking after the guy next to you,

Closing the gap if he fell.

But our Corporal wanted Ghurka pace of 140,

We practised, we were rubbish,

We had trouble at average speed, let alone Ghurka speed,

I learnt to eat three meals a day,

How to sleep standing up,

I purchased my first shandy,

Learnt how to mine sweep,

Where you walked around the bar

Finishing off other guy's beers whilst they weren’t watching,

I learnt to say thank you to the Officer

For my weekly pay packet of just £12,

I was doing all that work, blood, sweat and tears

Yet I still had to thank him.

We got shown horrific videos,

Deciding whether to stay the bleeding or keep walking,

The worst videos showed what happens to a person,

Shot using the same rifle that we used,

It made those trips to the range really scary

I just wanted to keep on walking,

Russians coming over the hill,

Our life expectancy measured in minutes, not years,

What happens if you get sucked into a jet engine,

Or you’re behind a jet on a test,

Some of these films are still with me in my nightmares.

But now, six weeks have passed,

On the final day,

Our passing out parade,

Boots so shiny you could upskirt the WRAFs,

Rifle polished and tight into the shoulder,

MOVE TO THE RIGHT IN THREES,

BY THE LEFT, QUICK MARCH.

We moved, as a unit,

We were one body moving to a single beat,

Onto the parade square, with parents and friends watching,

Our rifles moved from shoulder to shoulder,

with the precision of the hands of a Rolex watch,

We were inspected by someone so high up in the chain

That his orders came directly from God,

Then it was all over, parade finished, parents clapping,

We had one last thing to do,

March back to our barracks to be dismissed,

And catch trains to our training stations,

MOVE TO THE LEFT IN THREES,

BY THE LEFT QUICK MARCH

LET'S SHOW THEM WHAT WE CAN DO,

We were on fire,

When we got to our barracks everyone clapped,

Even my Dad was proud,

I think that was the only day he was ever proud of me,

But this was my day,

We were a fighting unit ready for action.

I have never been more proud of myself in my whole life,

The passing out parade and the Ghurka march.

I made so many memories

But I met her,

I quit because I loved her,

I have not always made my own choices,

But that decision to quit was mine

A year later she went and broke my heart

I have always said,

I should have, at that point, reenlisted,

I believed that to be my only life regret,

It was then and still is today.

But you don't move forward, looking back

Forever proud to have served.

◄ Stay with me

Thank you for your comments, I haven't read the 'Eathen but I'm mindful to seek it out, Kipling was brilliant with words

Excellent stuff, JD. Reminded me very much of Kipling's "The 'Eathen".

The young recruit is silly - 'e thinks o' suicide
'E's lost 'is gutter-devil - 'e 'asn't got 'is pride
But day by day they kicks 'im, which 'elps 'im on a bit
Till 'e finds 'isself one mornin' with a full and proper kit.

That's the kind of motivation I need!

Thank you M.C., The pride in my own achievment as a 16 year old, is something I cannot forget

Poetry in motion? That's debatable. But this is a great evocation
of what it is to be a trainee in a disciplined service unit. My own
drill experience didn't reach 140 paces per minute but I recall
the satisfaction felt when stepping up to perform a solo salute
at the end of my own passing-out parade many decades ago.