A VIEW FROM THE HOT SEAT 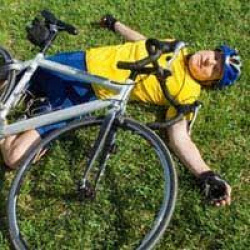 I’ll tell you what annoys me, seeing as you’re interested; and I can’t see me making many friends by this.  But for an international influencer like my good self this is secondary to exposing awkward truths.

And that’s motorists who don’t leave much room for me when I’m on my bike. (Cue vehement anti-cyclist/anti-motorist tirades).

And here’s the rub; they mostly seem to be women.

Don’t get me wrong, I’ve been on the end of White Van Man’s finger and heard a torrent of “witty” abuse, shouted mainly for the benefit of his passenger, but it is uncanny the number of times I’ve predicted that the snug overtaking manoeuvre was being performed by a woman driver.

Now, I have a number of theories why this is the case.

Quite possibly the proportion of women cyclists is far smaller than that of men who ride bikes.  So the need to leave ample space has not been learned from personal experience among the general population of women drivers.

Secondly, I hold the view that there are differences between men and women.  I believe, for instance, that women have a far more highly tuned sense of intuitive observation than men.  Conversely, men have a better sense of spatial awareness enabling then to read maps and park cars better.

Or lastly, women are instinctively drawn to the sight of my lycra-clad bum and think, “I’ll cop a closer look at that!”.

In the interests of road safety they should try to control themselves a little more.

IF WE ONLY HAD TIME ►

Thanks, fellas. I also have a mirror on my bike, Ray. I tend to sit a couple of feet further out from the kerb than I need and then when I see something about to pass me I tuck in a couple of feet. It might seem a bit cheeky but it keeps me alive!
“Lycra” “Micra” that’s you best rhyme ever, Hugh.
No doubt there will be criticism of such a chauvinistic thought that women have inferior spatial abilities than men, MC, but there won’t ever be criticism from women that they have superior skills in other aspects.
And thanks for the Like, Stephen.

As a cyclist in busy London and further afield for many years,
I go along with the comment about spatial awareness and women drivers - personally witnessed via attempts to place
a vehicle in a parking space and a motoring encounter with
an oncoming car (woman driver) in a narrow street. There
was no room for either of us to proceed but there was a place
to my immediate front left which would enable me to pull
in and let her go by before driving on myself. I indicated it and
signalled to her that she reverse a short distance to allow me
to do that helpful manoeuvre. The response: wide-eyed signs
of fluster and agitated arm and hand waving, including initial
refusal/unwillingness to comply with my indication. I felt like
David Cameron's "Calm down dear" parliamentary riposte
with my placatory hand motions of "take your time" in her.
direction. She seemed to have forgotten where anything
was in that momentary need to complete an unexpected
piece of driving. Perhaps it connected with the difficulties
women seem to experience with reversing when parking?.
Spatial awareness again?

A lady was fascinated by John's tightly clad lycra,
And overtook him in her left-hand drive micra.
She wound down her window and close to him got,
And gave him a slap on his lycra clad bot.

HI John. I thought i'd join the fray, as i've just ventured out on my vintage road bike after going crackers tarting it up with tape and all manner of pretty additions(except me). I was so wound up about motorists that i've bought a tiny adjustable mirror that clips on glasses and allows a splendid view of approaching leviathans or indeed just as dangerous ms drivers. Apart from getting lost and having to ring the lady wife, I felt quite confident. I waited in a pub of course. No helmet either.
I'm not an iguana by the way or a road lizard, are you?