NEW ALBUM: 'Crow Lore' by THE CROWS OF ALBION 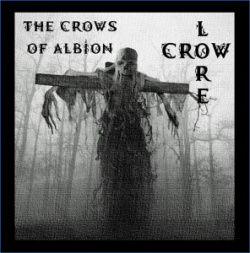 I have been posting poems during lockdown based on the concept taken from a much earlier poem called 'Cycle Of The Scarecrow' a fantasy piece which tells the tale of a scarecrow who is brought back to life by a witch and walks the fields of Albion. It is a reflection on the changing seasons and of growing old - and the premise of 'what if I had my time again?
It was released today as a digital download music album - and will be available in a month or so as a CD.

It cn be purchased (or listened to for free) on the following link.

Thanks to all the kind poets on this site who have commented on the individual poems and given me the encouragement to finish the project. Have a listen - hope you like it
Ian
PS - the link takes you to the featured (title) track - but it works best if you start at track 1 as the story unfolds in a chronological order :-)
CrowLore | The Crows Of Albion (bandcamp.com)

◄ The Raising Of The Trickster

Love it Ian. Sounds like a good album. All the best with it my friend and a Happy new year to you. Hopefully our paths my cross later in the year if live venues open up again before 2022