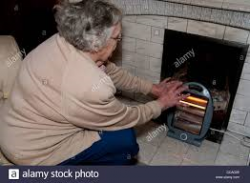 What a nonsense this is; that someone as rich as Croesus like me should be eligible.  The reason is because it’s a universal payment, the only qualifications being that you are over state pension age and lived in the UK for at least one day in the last week of September.

You don’t even need to be alive. My dad qualified and he was dead. (Both he and the Government will have been gratified to know that we used it to pay the crem).

But to return to my point, it makes no sense to me that I should qualify for a payment I don’t need when others who do are finding it hard to keep warm.  I would much prefer the benefit to be means tested, such that I and others like me don’t qualify thus enabling higher payments to be made to those who do.

But you can’t rescind your right to it. I tried and was told that it would cost more in admin to debar me from payment than to let it flow through.

Having said all that, this year I was notified that I was eligible for £100 and not the £200 of previous years.  This was because, the letter said, I lived with someone who was similarly eligible and only £200 was payable per household. Now, as you can imagine, Our Gert was not best pleased that someone thought she looked like an OAP.  She instructed me to get on to them and put them straight.

Anyway, I complained and got the payment restored.

So, like a kid who hates liquorice, I’ll be buggered if I wasn’t getting any if the other kids were!

◄ HE'S A LIABILITY - GET HIM OUT OF HERE

PISSING IN THE WIND ►

Liquorice, Stephen - the ambrosia of the gods of Pontefract.
And thanks for the Like, Stephen A.

It's only been necessary since Mrs Thatcher introduced the icy blast of competition, which unfortunately started coming through my parent's front window. You have a good point - go easy on the liquorice.

Not sure there’s a correlation, MC.

Maybe there is (or should be?) a connection between what is paid in taxation over a lifetime that could salve your conscience. That's my
way of dealing with this sort of government largesse....no problem!.