Competition closes in 14 days, 23 hours. Get details and Enter.

THE MAN WHO MADE MODERN BRITAIN 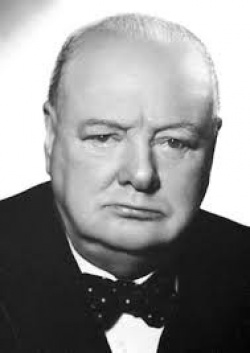 It will not have escaped the notice of newswatchers that we have just marked the 50th anniversary of Churchill’s death.  Like him or loathe him, he was one of the great shapers of modern Britain.  So too was Arthur Greenwood.

In May 1940 Britain stood on the brink of defeat against Nazi Germany.  Its army was stranded on the beaches of Dunkirk with little prospect of rescue.  Hitler was days away from viewing Britain’s south coast from France’s northern.  Plans had been made to evacuate the Royal Family along with the Bank of England’s gold and the government to Canada.

Against this military background there met an inner sanctum of five government grandees to discuss options. Essentially there were two – shit or bust; sue for peace terms with Hitler ie surrender or fight on.

The peace terms centred on the mutual recognition of Hitler’s right to mainland Europe while Britain would retain her Empire and navy.  It was proposed to approach Mussolini to broker the deal who might get Gibraltar, Malta, Suez, Kenya and Uganda for his troubles.

The five men consisted of Churchill, Prime Minister of 18 days and considered by many even in his own Party as a loose and drunken canon; Chamberlain, his predecessor, whom Hitler had transformed overnight from peacekeeping hero to gullible mug; Lord Halifax, aristocratic and aloof, who found Hitler “most sincere”; Clem Attlee, the dull and recently elected leader of the Labour Party; and Arthur Greenwood, innocuous Labour MP and sometime deputy for Attlee.

Chamberlain and Halifax were for terms, while Churchill was for war.  Attlee and Greenwood were likewise for continuing the fight and without these two’s support Britain may have surrendered.

From their carrying of the vote that day 3-2 much of what we have become follows.

There would have been no war with Germany

Nazism would have dominated Western Europe rather than Communism Eastern Europe

The Empire would not have disintegrated so rapidly

The NHS, welfare and social insurance would not take their current shape

All of these things may or may not have happened to a greater or lesser degree anyway but Andrew Marr in his excellent book, “A History of Modern Britain” (from which this piece has been shamefully purloined) argues that this Shit-or-Bust meeting of 28 May 1940 has as justifiable a claim to be the start of Modern Britain as any.

Marr describes Greenwood as a man who had a “lifelong fight with the bottle” in which “the bottle won every round”.

But each and every one of us owes much of what we are to Arthur Greenwood.

Thankyou, MC. He was not a figure I was familiar with. Another candidate for the title of “The Man who Made Modern Britain”.

JC - here are some words ftom a newspaper obituary about
Goddard; I quote -
"Air Marshal Sir Victor Goddard was that rare combination, a visionary who was also supremely a man of action. He was
personally responsible for saving the British Expeditionary Force
at Dunkirk. The Belgian armed forces chief had informed Lord
Gort, Commander of the British Forces, that the Belgian army and
navy were about to surrender to the Germans and leave the British
defenceless. Gort then asked the then Group Captain Goddard to get to London somehow to arrange evacuation of his 250,000 men.
To avoid being shot down by the French, Goddard took off at night
from a ploughed field near Dunkirk in a crashed Ensign aircraft with
no seats. To avoid being shot down by the English because he
had no password, he circled the Channel until dawn. Flying on to
London, he met by chance an old friend, Air Commodore Archie
Boyle. He persuaded Boyle to get him entry to the underground
war headquarters where he forced his way into a meeting of the
Joint Chiefs ofStaff - just in time to hear the Chief of Naval Staff
say that his six destroyers were all that could be sent to Dunkirk
to evacuate non-combatants.
Goddard interrupted the Joint Chiefs and insisted that an armada
of small boats be sent to rescue the entire army (an idea which
occurred to him as he spoke) and gave the correct location for the
rescue. He was expelled from the meeting by a scandalised Vice Chief of the Air Staff. But his wild plan was adopted and he was
commended, and the army at Dunkirk was saved." (unquote)
A man of action indeed. His long life was something akin to plots
from the movies, not least when his premonitory experience
in Shanghai at the end of the war saved his life in a subsequent air crash and was the basis of a popular film called "The Night My
Number Came Up"..

Indeed, MC. When he lost the 1945 Election his wife is reputed to have asked him “How can they have done this to you?”. He replied “It’s what we have fought for”.

Hi JC - yes, I watched the film on TV even though I have it on DVD
- a recent gift. Gary Oldman's portrayal of WSC is extraordinary...
and he deservedly won film industry recognition for it. I certainly
see how WSC would have been racked by his share of doubts - although his frequent unheeded 1930's warnings about the rise of Nazi Germany and the threat it posed would surely have bolstered his conviction of purpose once he obtained the PM's position of
power and was able to act to confront what so many, including
certain Royals of the time, saw as something to be admired and
appeased. He was, with his previous family history and his own
political expereince of success and failure, the perfect adversary
for the strutting dictators in Europe.. His belief that "You cannot
appease the crocodile" never left him in his war-time leadership.
He was the exceptional leader for exceptional times and even
though understandably disappointed to find himself voted out of
office after the war, he surely would have admitted that it was
the proof that the system and way of life he fought to preserve
was still functioning as it was meant to. Not a bad legacy!

Did you see tonight's film, MC? I saw it a couple of years ago at the flix. I was impressed by the portrayal of Churchill as rather vulnerable and racked with doubt, which seems to me to be entirely plausible. In retrospect he is characterised as a strong leader but, in truth, he must have been shit scared. Also the portrayal of Chamberlain and Halifax as reasonable men who saw the sense in appeasing.

No doubt Churchill and Greenwood would have recognised a
fellow imbiber and felt more at ease with each other because of it.
Churchill was even mocked in the House for being drunk - but
his ready riposte "You, madam, are ugly but I shall be sober in the morning" has endured down the years since that robust/rude
parliamentary exchange (imagine the squeals of outrage today) took place. As for Dunkirk, Air Marshall Sir Victor Goddard's
memoir "Skies to Dunkirk" has a detailed account of how the
"flotilla of little ships" became a reality after Goddard carried Lord Gort's urgent message about the British Army's plight to the War Cabinet in London via a wave-hopping flight by Goddard (then a group captain and Gort's aide-de-camp) across the Channel -
followed by a desperate dash to London and some "gate-crashing"
to the WD's inner sanctum to ensure the message was delivered..