Competition closes in 17 days, 4 hours. Get details and Enter. 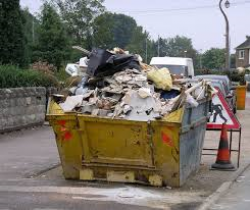 When I was a lad of around 19 and at university I had a holiday job as a labourer at “Billy” Bodill’s builder’s yard.  The minibus would pick us up about 7 0’clock and take us to the job.

It was a formative experience.  For one thing, I risked lung cancer every day travelling in the fug inside that van.

Then there was Gran.  Short for Granville, he seemed about 80 to my mate Bruce and me.  But in retrospect he was probably in his 50’s and had been a jobbing labourer all this working life.  And he knew the wrinkles.  I was assigned as his “lad” and he taught me the ropes.

“The first job every morning is to look for your shovel”.

“You know that and I know that.  But if we didn’t we’d have to wander about for 10 minutes looking, wouldn’t we?  So get looking”.

At snap time we’d share tea. He’d bring tea and sugar and I’d bring milk.  The billy would have been slung over the cabin fire and was as hot as the fire itself.  When we’d had our 20 minutes he’d ask,

“Stikkita wok on?” which translated as “Shall we start work again or not bother?”  Of course, we’d forgotten where we’d hidden the shovels.

One enduring memory I have is of barrowing the rubble.  A wagon collected the muck skip every now and then and Bruce’s and my job was to fill it.  To do this you had to run hell for leather with a barrow-load of rubble at and up a foot-wide plank leant upside the skip.  (Bear in mind the sides of the skip were about 5 feet high).  At the top of the plank you had to upend and twist the barrow in one confident movement to tip your load in.

The curious thing is that my mate Bruce couldn’t do it.  We were both rugby players and he was every bit as strong as me and more athletic.  But some mental block stopped him from rushing that plank.

But “where there’s no sense there’s no feeling”, as they say and for Coops this was no problem.

So we shared the work: he’d fill the barrow and bring it to me and I’d rush the plank and tip it.  A fair division of labour.

Gran? He watched on.

Indeed I was, Po.

I am just exceptionally young looking.

John you aren't old enough to remember 'Bernard Cribbins' digging his round hole in the ground... and the man with the bowler hat.

Those really were the days my old mate
Po

Elf n safety, Po? What was that? I never saw a hard hat.

I have toppled off the top of a deal with a full barrow many a time...

We would get shot now doing such things.

I know... Why not write a poem about all the building workers who are 'still' banned from being employed because they are on the secret M#*$% list of union workers or those who have taken bosses to court over H&S issues.

Sorry I just can't help myself.

Po. looking for something... anything that does not mention the words ramp and up in the same sentence 😵

One in the oven, Po.
Certainly Bruce avoided the risk, MC.

I see this as an observation on sharing and caring in a way that
reduces - even avoids - risk. A parable for the times perhaps?😐

I am with Gran... but what has this to do with Covid?