'For the Silent' anthology launch at Cheltenham festival 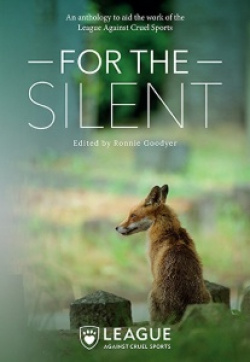 The launch of an anthology of poetry against cruel sports will be one of the readings to watch out for at Cheltenham poetry festival, from Thursday 25 April to Saturday 4 May. Literary supporters of animal rights include Thomas Hardy, author of Tess of The d’Urbervilles and, in the 21st century, Ronnie Goodyer, poet-in-residence for the League Against Cruel Sports. The For the Silent anthology is published by Indigo Dreams, and taking part in the reading will be Alison Brackenbury, Angela France, Carole Bromley, Matt Duggan and Sharon Larkin.

There’s also a showcase by publishers Indigo Dreams. You can find full details here and on the Write Out Loud Gig Guide.

My own stance is that cruelty is a human definition - unrecognised
by nature. As a species we owe it to ourselves to abide by its
exclusion as a rule but mindful that we are capricious about its
victims. We can be sentimental about foxes ( a primary predator
and destroyer of hen houses) yet dismiss rats and pigeons
using associated terminology of loathing and contempt that enables
us to accommodate their suffering and disposal with something like
justified equanimity. We need to be mindful of being manipulated.
The law has already defined species under its protection but the
law is not always perfect.