Competition closes in 14 days, 20 hours. Get details and Enter.

The Beat goes on ... Lawrence Ferlinghetti is 100 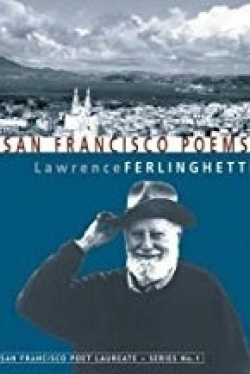 Ferlinghetti, who is regarded as one of the last living links with the Beat generation of writers, co-founded the City Lights bookstore in San Francisco, and was tried on obscenity charges after publishing Allen Ginsberg's Howl and Other Poems in 1956.

To mark his centenary City Lights was hosting an open house, while his latest novel Little Boy, which has been described as “unclassifiable” and his “literary last will and testament”, was being launched in New York.

Ferlinghetti, who was born in New York, has published more than 30 poetry collections, including the million-selling A Coney Island of the Mind, in 1958.

In 1953, Ferlinghetti and Peter Martin opened the City Lights bookstore in San Francisco, to help support their magazine City Lights. In 1956, Ferlinghetti published Allen Ginsberg’s book Howl and Other Poems, which resulted in his being arrested for publishing “obscene work” and a subsequent trial that gained international attention. At the end, the judge concluded that Howl had “some redeeming social importance” and “was not obscene”. City Lights became known as the heart of the Beat movement, which included writers such as Gary Snyder, Allen Ginsberg, and Jack Kerouac, although Ferlinghetti did not consider himself a Beat poet.

An article in the Financial Times described him as “a pioneer of performance poetry, a precursor of hip-hop, spoken-word artistry and the poetry slam movement”. Ferlinghetti took part in the International Poetry Incarnation in London in 1965, where he read at a packed Royal Albert Hall with Ginsberg and Gregory Corso before an audience of 7,000. He appeared, with Ginsberg and Corso, in  the Penguin Modern Poets series.

The City Lights store said that Ferlinghetti “would like everyone to know that although he won't be attending any of the various events being planned to honour his 100th birthday, he's inviting everyone to participate and have a good time: ‘I'm happy to hear that there are so many people celebrating my birthday. Makes it really special. I figure that with another 100 birthdays that'll be about enough!’ “

In 1994, San Francisco renamed a street in Ferlinghetti’s honour, and in 1998, he was named the first poet laureate of San Francisco.

◄ 'For the Silent' anthology launch at Cheltenham festival