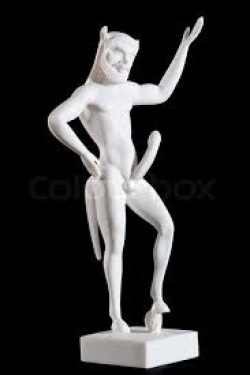 Although a biopsy had determined that I was clear of prostate cancer, the symptoms remained; weak bladder, “urgency”, weak flow and frequent trips to the loo, especially through the night.  In layman’s terms I need to go quick, often and only dribble.  (I knew you’d be interested).

There are treatments for this including prostate surgery but the doc suggested drugs to start with.

Now, I was a bit reluctant because I’ve never taken any drugs other than the odd paracetamol but what persuaded me was that they were going to be free.  As an old git I’d been eligible for free prescriptions for nearly six years but I’d never enjoyed sufficiently poor health to take advantage.  So “Bring it on!” I thought.

Anyroadup, I was prescribed Contiflo XL which is a proprietary brand name of the drug Tamsulosin Hydrochloride.  What were interesting though were its possible side effects.  Besides the normal stuff you’d skip through like dizziness, feeling faint, blurred vision, rash, skin discolouration, dry mouth and more of the usual culprits what really caught my eye were a couple of crackers.

Apparently, in some cases it can cause retrograde ejaculation.  This means you ejaculate into your bladder.  It seems the tadpoles get confused, take a wrong turn or reverse down the plumbing.  It is not harmful but a bit perplexing (like being 12 again).  The sperm is discharged next time you have a pee.  But it gives a whole new dimension to the cowboy’s saying “I come from the back of beyond”.

The second side effect which caught my eye (and even rarer) is the phenomenon of priapism.

Named after the Greek god of fertility with the enormous boner, Priapus, this is a condition, desirable on first hearing, of an erection which just won’t go down; what might be called “the love that never dies”.  In fact, rather than being pleasurable it is extremely painful and requires medical treatment.  Rarer still, it seems it can occur in women when the clitoris swells painfully.

Now it seems to me that there is an opportunity here along the lines of AA or Gamblers Anonymous for a mixed self-help group.

Before belting it with a dessert spoon I’d certainly give it a go.

◄ NOT THEIR FINEST HOUR

Many thanks for the advice, Dorothy.
Don - I think you'd find a priapic prick quite emotional.

Thanks for poem/not a poem links. I think chopping the lines into small bits and making some more 'emotional' might do the trick. ?

I hope your 'Boys' have all washed your hands.

Is this what they mean by 'poetic license?' ?

Stop it, Kev. I've got a cracked lip.
Many thanks, Cynthia. I was just having mischief about it being a poem.

This is an excellent contribution, and I don't give a damn that it's not in poetical 'form'. The language and its formatting are pure 'poetry' as is its very topical and interesting subject. LIFE qualifies!

John. Just to clarify. Do you intend to chop your poem or your todger up?

Poetry is defined as

a piece of writing in which the expression of feelings and ideas is given intensity by particular attention to diction (sometimes involving rhyme), rhythm, and imagery.

Does not necessarily have rhyme but must have metrical rhythm to be classed as a poem.

Sorry John. As much as I find your bit fascinating it is not a poem. It is a story, until someone convinces me otherwise.

Now don't go and sulk. Your idea of chopping it into pieces has merit. Go work on it. Don't forget the metrical rhythm though

I've done my research and back with questions.

I discover that numpties are confused people with little idea of what they are talking about. Therefore when the say poetry has no rhyme. or rhythm they don't know what they're talking about. I could not see any such learned Discussion threads anywhere on the site about this?. Where did you see them? If you took them at their word this suggests you are also a numpty?\

Excellent points, MC. The point about sweating hadn’t occurred to me but the evidence is there for me in that I don’t go to the lav anywhere near as often through the night in summer.
Don - I too cannot conceive of this as a poem either. But numerous numpties in Discussions have argued that there are no rules to poetry. They argue it does not require rhythm or rhyme. So I’ve taken them at their word and written this poem. Perhaps if I were to chop it into little lines?

What elixer do I take to get a boner like that? It would need to be an elixer which can be cut off at will though

Retrograde ejaculation? Maybe that's why wet dreams in my youth never made an appearance on the sheets? The got confused and went into my bladder.

As much as I find all this interesting my head is struggling to get around how this finds itself onto a 'poetry' website?

TC's advice about drinking before bedtime is good. Also,
coffee (and perhaps tea to a lesser extent) is reputedly an irritant in that area. The stimulation that sees someone in need of a
pee is also a matter of mental control whilst the physical side is
regulated by the sphincter to a large extent unless the bladder is
overladen and elimination is a matter of urgency - part of
nature's blueprint for self-protection as urine retention is
hazardous to health. In the final analysis, it is accepted that
age is a dominant factor in urinary matters and has to be adjusted
to via related physical maintenance/exercise. When youthfully active there is elimination of water from the body via sweating, often
unrecognised, and this lessens the load heading for the bladder -
and the frequency of urination. Age reduces this physical side of
things and more water is sent via the kidneys to the bladder.

Thanks, Tommy. We ought to go into business as an NHS Helpline.
You might need to ask Tommy that, Graham. There is an irony though here. Replacing your Bag For Life with a plastic bag seems to fly in the face supermarket policy.

Does an M&S bladder hold more than a Tesco Bladder? Discuss

John not drinking 3 hours before retiring reduces bladder-fill (sounds like a Death metal band) try emptying your bag immediately before bed. Laying on the back increases pressure on the bladder, try sleeping on the side. Bladders are bags, a bit like Tesco bags with zips and no handles but not made of plastic and obviously with no Tesco on it. So now you know.

Many thanks, Doctor Mark.
All sound advice in my experience. I have found that a technique similar to the one you describe of squeezing and releasing the little general promotes quick spurts which are more easily controlled into the pan as well as encouraging “every last drop”.
I too am an infrequent outpatient at Doncaster where the consultant has explained to me that the real value of the PSA monitoring is not as a numeric absolute but as a baseline whereby they can recognise a sudden increase.
The MRI should pick up suspicious shadows but the biopsy is pretty copper-bottom. 12 samples are unlikely to miss any infections.
As for retrograde ejaculation and priapism, so far they have been absent.
My advice for any bloke who has nothing better to do than read my guff is that prostate cancer is one of the most treatable forms. If you have any of the “old man’s symptoms” regarding wazzing....
GET YOURSELF TESTED.

JC - talk about "up and at 'em!" Notwithstanding the information
you supply from personal acquaintance, I enjoyed the chuckles
with some identifying familiarity, having some knowledge of the
subject; as do some of my contemporaries who are on medication
for the sort of condition YOU describe - which, in my own urology
consultant's language, seems to describe BPH - benign prostate
hypertrophy. The enlarged gland exerts pressure on the tube
(urethra?) from the bladder and affects previously more forceful unobstructed passage of urine. This can leave a feeling that the
bladder is not completely emptied as well as the symptoms/signs
you describe and adopting the "double void" technique can help.
This entails waiting a short while after peeing then squeezing the
head of the penis between finger and thumb while mentally
fixating on relaxing the sphincter. It is advised that no "forcing" be employed in the process described. In my own case, I've found
it to work - bringing about an increased need to pee again - more powerfully - and doing a more thorough job of
emptying the bladder. I find this helps keep loo visits to once a night if I employ it on that particular visit - and allows the rest of
the night - well, 4 or 5 hours on average - of uninterrupted kip.
I can offer no useful advice about the
drug(s) mentioned but "side-effects" are
commonly included in accompanying
instruction leaflets and do not necessarily
affect users who should be guided by
individual experience and stop if in
doubt, seeking medical advice accordingly.
I have been offered a biopsy following a recent PSA result but
have instead opted for follow-up MRI scans instead, not being
convinced (as if often admitted within the medical profession itself)
of the total reliability of PSA READINGS denoting actual disease.
As things stand, I am an ongoing patient at the local urology dept.
with no medication prescribed in my own case - but following a
self-imposed dietary discipline of healthy prostate-friendly food...
and supplements with a placebo-test record indicating a positive
effect on prostate health. I hope the above helps anyone who
reads your blog and has concerns in that area but any search
online for "prostate health or "prostate friendly foods" should help
enlarge (that word again) the searcher's knowledge of a well-
known condition. Surgery should be a last resort when disease
is not suspected but it can be used to limit the size of the
prostate to reduce urine obstruction in appropriate cases.if my memory serves me correctly..
To bring some poetical lines to bear - and not before time!
No man should be prostrate
With his prostate! ?