Seeking inspiration? Christina Rossetti and a tiger might help 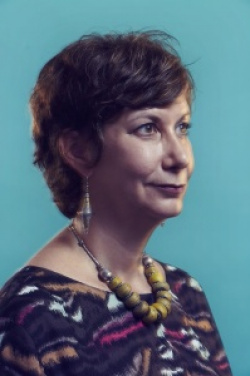 Tamar Yoseloff must be one of the most experienced of poetry tutors, from whom countless poets have gained confidence and inspiration, particularly from her site-specific writing courses for galleries such as the Hayward, the RA and the National Gallery.

She has a PhD in Creative Writing and is a poet who often collaborates with artists and photographers. Her fifth collection, A Formula for Night: New and Selected Poems, was published by Seren in 2015. She is also the author of Formerly, a chapbook incorporating photographs by Vici MacDonald (Hercules Editions, 2012) shortlisted for the Ted Hughes Award; two collaborative editions with the artist Linda Karshan; and a book with the artist Charlotte Harker. We previously reported her interest in ‘urban detritus’ and ‘provisional, lost landscapes’, a collaboration with artist David Harker.

Tamar is now running further inspirational workshops, the first on Saturday 19thJanuary at the Watts Gallery near Guildford, based on their Christina Rossetti exhibition, and a second, based on Henri Rousseau’s painting The Tiger, on Sunday 20th at the National Gallery. [NB both now sold out.]

In February Tamar is teaching two one-day After Arcadia workshops at the Poetry School, one informed by Cy Twombly on 9th February the second inspired by Ian Hamilton Finlay, on 9th March. They can be attended either individually or as a pair.

Tamar’s blog, Invective Against Swans, explores the intersections between poetry and visual art. She is currently a visiting guest lecturer at Newcastle University. Her sixth collection, The Black Place, is due from Seren in 2019. 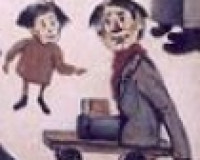 Poetry workshop » Plus ça change… Can you write a trolley poem?

Poetry workshop » Plus ça change… Can you write a trolley poem?