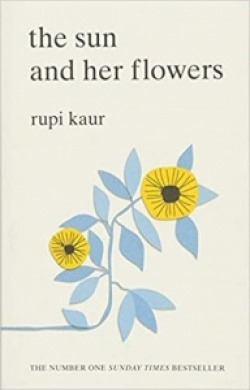 The best-selling Instagram poet Rupi Kaur helped boost sales of poetry to an all-time UK high last year, according to book sales monitor Nielsen BookScan. The Guardian reports that sales grew by more than 12% in 2018.

Andre Breedt, for Nielsen, said that in times of political turmoil, more people turned to poems to make sense of the world, with phones and social media helping to spread the word.

◄ Seeking inspiration? Christina Rossetti and a tiger might help

Positivity in all things.?

anything that gets young people reading poetry is a good thing. not a fan of kaur, read through milk and honey and found it paper thin, but if a single person uses it as a gateway to sharon olds, charles bukowski or walt whitman, it can only be a positive thing.

On a side, this is a perfect example of how PROFITABLE it can be to pander to the youth. No matter the oil you're selling, they're still your CUSTOMERS.

Most people think poetry cannot be profitable in the slightest, and if the greatest poets here and elsewhere could get a fraction of exposure, spotlight, and audience that Rupi Kaur got over 'Milk and Honey', they could all reap the rewards - not just a single person mind you.

Much like most the money on Earth is concentrated in an extremely small percentage of people (most are families/descendants), the same can be said for the act of poetry.

Anyone that knows who Rupi Kaur is surely knows who Atticus is? Another Instagram "star" to be sure. Probably 2 of the most popular "poets" on Instagram. Funny thing though? Several news stations recently ran a story about uncovering Atticus' true identity. Turns out, the popular "poet" was nothing more than a well off racist charading as a poet to really mock how easy it is to get famous and rich doing poetry on Instagram.

Don't believe me? Look it up. I know Huffington Post still has the story in their archives somewhere. Check mid or late 2018 stories. Couple other places ran the story too. Eventually some people doxxed his racist ass after he tried to sockpuppet another poet on IG named, Chen Chen.

If any of you doubt this, please just look it up and save me the trouble from citing it. Instagram is not a breeding ground for poets, it's a hunting ground for gullible youth and malleable minds.

Yes poetry is more popular because of her, but then that's what people come to expect ALL poetry is.

Nothing against her, but there's at least 5 or 6 poets on WOL alone that would blow her out of the water.

But then again the poetry boat doesn't check for barnacles does it?
Some of these famous poets could go to school by coming down to earth. Until more poets that deserve the spotlight get it, all I can do is give her a congrats and demand more people read more people's work.

I guess like Attila said huh, "Most people ignore most poetry because MOST POETRY IGNORES MOST PEOPLE."?