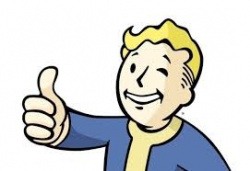 You don’t see many hitch-hikers these days.  Is it the fear of picking up or being picked up by some nutter, and is that any more risky now than it used to be?  Certainly, when I was a student, in the absence of Megabus, if you were travelling any distance, thumbing a lift was de rigeur.  There’s no question that you wouldn’t have wanted to waste your grant on bus and train fares – it was designed to keep you in beer.

The spin-off to thumbing, besides this, was its fund of unpredictability.  A few memories spring to mind, the first one being about The Hitch-hiker’s  Arsehole of the World – Darlington.

A regular run of mine was from Durham where I was a student to Nottingham – home.  More than once I accepted a lift from some well-meaning driver going to Darlo.  Stupidly.

Darlington is served by two inter-sections on the A1, one to its north, the other south.  Obviously, someone coming from the north will leave it at the north junction.  And that’s where his hitch-hiker will stay.  That’s because, less obviously to a green thumber, no-one leaving Darlington to go south will travel up to its north junction.  The first time I did this I gave up after three hours and decided to hitch back northwards to get a busier roundabout.

On another occasion I managed to commit a traffic offence before I could even drive.  I was hitching at Sheffield on the M1.  You need to visualise that just south of the city the M18 splits off from the M1 eastwards to link to the north-south A1.  I flagged down a driver who pulled up for me just past the roundabout I was stood on and stopped on the slip road hard shoulder.  I ran up to ask him if he was going south towards Nottingham.  “No” he said.  He was taking the M18 and A1 to Newcastle, completely the opposite way.

I thanked him anyway just as a bobby appeared, copped him for stopping on the hard shoulder for a non-emergency and copped me for using the motorway as a pedestrian.  Bastard!

A final memory is one I have been reluctant to tell because it sounds so contrived.

I was hitching south at Wetherby (it was a small roundabout then) on the A1 in the middle of a filthy, wet night.  I’d been drinking and was pissed up – in that state hitching in the middle of the night had seemed a good idea.  A car pulled up and offered me a lift.

After I’d been in the car a couple of minutes the driver, so camp he made John Inman seem butch, said to me,

“You’ll have to excuse my state of undress but I’ve just had a lovely fuck”.  I noticed then he was driving with his trousers around his knees.  Pissed up, of course, I had a good laugh.

He told me he’d picked up a woman earlier whom he’d fucked.  He described her as a real shag-nasty wearing, curiously, a pink coat.

Anyway, he didn’t fuck me nor I him but he dropped me off at Blyth Services, and then headed back north up the A1 from where we’d come.  So perhaps he would.

And, bugger me! There on Blyth lorry park working her way from cab to cab was a shag-nasty woman in a pink coat.

I told you hitching was unpredictable.

Different strokes for different folks, MC. And different times.
I also remember as a 12 year old taking the train to London from Nottingham to go trainspotting for the day. Different times indeed.

Adventurous stuff from different days - (and different strokes?).
The words "Blythe Services" take on a whole new meaning for me!
I am reminded of the pre-motorway times I used to drive overnight
from Torbay back to London in my old Triumph 1800 Roadster
(shades of Bergerac!) - hood down whatever the weather. One
night in the early hours on Salisbury Plain I picked up a solitary
guy minus luggage who said little and was happy to be dropped off
in Parliament Square. I often wonder if he had escaped from
somewhere but couldn't think of any prison within likely distance
of that deserted lay-by on the old A303. I think people are that
much better off and have more ways of getting around cheaply
nowadays - which surely contribute to the absence of the oft-seen
hitch-hiker of yesteryear. That - and the way youngsters are
warned against "this and that" by parental cossetting.