A History of Gay Poetry, 1: A Bare Canvas 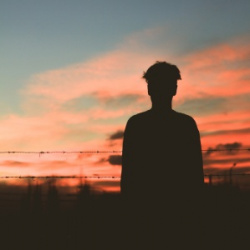 The history of gay poetry lives in obscurity as it has only been in recent times and notably in the western world where it has emerged from dark isolation and condemnation. It would be impossible for me to expand the subject to include trans gender and lesbians as my personal experience is confined to that of being a gay man. This is not to devalue the sexuality of others rather to focus on what I am conversant with. Homosexuality has been an integral part of humanity since time immemorial. It has been the subject of intense persecution and prejudice. The Judeo Christian scriptures, along with those of Islam, have taken a condemnatory approach thus affecting the laws of many countries. Countless men have been imprisoned and even tortured. Only in the 1960´s did the British Government repeal the law thus enabling two men, as consenting adults, to express their love and then only in private. Within very recent times gay men have been taken by ISIS to the tops of high buildings and thrown off for the entertainment of those assembled below. The law has changed, attitudes are changing but prejudice continues to exist, often fuelled by religious belief or bigotry.

Gay poets have existed for centuries but were unable to express themselves freely in case of a hostile response. As recent as the last century gay poets concealed their sexual orientation, wrote in guarded or camouflaged language. The time has hopefully arrived when this particular genre can be revealed and the literary achievements of gay poets be made fully available and celebrated.

Same sex love is largely misunderstood as the hetrosexual world has little or no knowledge of it. To draw a complete parallel between gay love and hetrosexual love is unachieveable. Two men together react and respond differently to a man and a woman. This in no way diminishes the quality of their relationship but only makes it different. Many gay men carry the legacy of the past and require some guidance as to how to conduct a relationship, how to appropriately behave. It is all highly complex and made increasingly so by a troubled history.

The list of gay poets and their remarkable contribution to the world of literature cannot be underestimated. Men we never thought of as being gay, let alone poets or writers, have astonished the world by openly declaring their sexuality. The effect of these confessions has done a great deal in the emancipation of gay people in all walks of life. They have been joined by actors, musicians and many other professions.

It is difficult to know where to start and with whom as the past has drawn a veil and made made research almost impossible. In my forthcoming articles I shall endeavour to introduce some literary giants, providing examples of their work and, the way they made careful use of the language. These were men of immense courage and integrity. Their talents lay not solely in gay poetry but in all manner of poetry, from the voice of dissent to the voice of description; from the tragey of war to the many forms of love found throughout humanity.

Photo by Facundo Aranda on Unsplash

Thank you for your comment on misogyny. You are right to say that homosexuality and misogyny should not be regarded as synonymous. Most gay men have excellent relationships with women many of whom are good friends and confidants.

The association of misogyny with homosexuality seems worth
taking up for its assumed connection.
Many versions of the homosexual world seem deeply rooted in
identification with and admiration for the female sex. How else to
explain the frequent use of mannerisms, dress and vocabulary that
adhere to a perceived female style of behaviour. Female figures
in entertainment especially have a strong appeal for a substantial
section of the gay sensibility. Names like Dusty Springfield and
Judy Garland come to mind from the past. No doubt there are
others now. A misogynist is defined as "one who hates all women"
and that's a bit wide of the mark when considering the homosexual
milieu, and other social causes/reasons/excuses for such an
attitude also come into play. Women can be disliked/hated for
a variety of reasons from a variety of points of view, but you have to be more of a sociopath to be dubbed with that "all" embracing definition.

Thank you, as you raise other issues relevant to Paul´s inner condition. Misogyny would be today´s interpretation of some men´s attidtude towards women but 2000 years ago women were held in low esteem socially. Was Paul´s homophobia simply his way of climbing on the bandwagon of Judaism and a cover for his hidden emotions? We shall never know. His epiliepsy could well be his thorn as illness then was often regarded as being the manifestation of some sin or sinful condition.

It is impossible to make a clear judgement on Paul's sexuality either way but his misogyny coupled with his homophobia does lend itself to a homosexual interpretation.

Another explanation of the debilitating thorn in his flesh might be that he was referring to some undiagnosed health condition, possibly epilepsy.

Thank you for this comment and the article you use, which is indeed also speculative, as we shall never know the real Paul. It is a fact that he was a Roman Citizen and a Pharisee, a man who struggled with his faith and personal issues of unworthiness, as do we all. The thorn in his flesh could well refer to his innate sinful nature which he felt stood in the way of his relationship with Christ. There is no clear reference to the subject of sexuality. Paul was bound by Jewish teaching and a theologian of immense understanding as can be seen from his letters. Had he been a gay man then he would never have openly declared his sexuality as his standing in society not only with the Jews but also the early Church would have rendered him a heretic and not worthy of being an apostle. Paul was a man of sinful nature and saw the conquest of sin as a means of overcoming anything which prevented union with Christ.

Paul, as with many members the Institution of the Church, may have been gay but the subject was always condemned as contrary to the laws of God and therefore avoided or simply condemned outright. A greater and more important question is the mind of Christ on the subject of which we know so little.

*St. Paul has a dig about homosexuals in a brief passage, often erroneously quoted but considering he was a Roman Citizen, a hetrosexual and a Pharisee one cannot expect otherwise.*

There is no clear evidence that Paul was heterosexual; in fact, he seemed to hate women. Some say that the famous 'thorn' in his flesh that he struggled with might be a homosexual allusion.

Thank you for a very well considered comment to this article. There are more, of course, to follow as I look closely at several poets whose sexuality was revealed by themselves through their work. The life of Christ in particular has a certain ambiguity attached to it which is open to speculation. The disciple who Jesus loved and what we read in Matthew´s Gospel Chapter 19 verses 10 -12 provide us with glimpses of an acknowledgement of another sexuality other than being hetrosexual. To grasp this one would do well to read a modern translation of the Bible as the word eunuch can be misleading. The Book of Leviticus makes a bold statement that God hates homosexuals, which must be at variance with the creation narrative when all that he had created he saw was good.

St. Paul has a dig about homosexuals in a brief passage, often erroneously quoted but considering he was a Roman Citizen, a hetrosexual and a Pharisee one cannot expect otherwise. However, in a more generous passage of scripture he says emphatically that NOTHING can separate us from the love of God in Christ Jesus.

The use of the word gay was most certainly purloined but means Good As You, a challenge to all those who are not gay. One can hope that an increasingly more liberal climate will rid us of this awful prejudice and pave the way to genuine acceptance.

The connection between heresy and bigotry interests me, and has
even more resonance in respect of attitudes towards such an
intrinsic part of human nature as sexuality. The religious appetite
for control via like-minded belief has certainly not advanced an
enlightened "live and let live" attitude in human behaviour. The
history of what is now defined as gay poetry (not long ago the word
had a different meaning <e.g. light-hearted> and its use has, in all fairness, somehow been purloined for today's vocabulary) has
in recent decades become a subject for serious study and
research, with its results opening eyes wide to what is laid before
them. But I suspect, that the homosexual "codes" - similar in
intent to acknowledge secretly, as in old Cockney rhyming slang -
was a habit that was hard to refrain from and had become almost
a language and recognition factor of its own, fondly retained like
a badge of honour in the face of persecution and a refusal to
understand difference due to the feeling of threat that it seemed to
indicate to others not of the same "persuasion".. Biblically, it is
interesting to think how Christ had a particular fondness for his
youngest disciple or so I seem to recall. Strange how the Church
as organised by Man so soon forgot the instruction that we should
love others as ourselves - but perhaps that frightens them and
emphasises feelings of self-loathing even more, encouraging
further (useful to power-seekers?) division in the ranks of humanity.
The Elizabethan age seems to have provided the advance guard
of poetry that made us aware of same-sex love, albeit on a higher
plane than the lusts and thrusts of the flesh, not that these weren't present, of course. John Cleland's later famous novel of the young
girl who came to town and had a sexual awakening via numerous encounters also contained a homosexual scene witnessed by her between two young men through a spy-hole in an inn, with the
contemporary reaction of shock and disgust that such an 'unnatural'
situation was possible. So, the sexuality and the various responses to it have apparently always been with us - and there
are still attacks (witness that reported by Wales' rugby player
Gareth Thomas only the other day) on those identified as "gay"
today. The road to full acceptance and tolerance winds on but
many more are joining in as time passes. And the full range of
human possibilities can only benefit - and thus benefit us all..