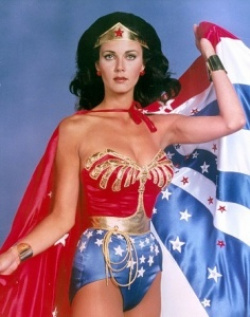 Snob!
That's what my parents always called me with a smirk
But I wasn't
I was just different

When her Jackie magazine came through the door I was always first to it
Dear sister upstairs, still snoring
I'd flick through the pages
Staring at celebrities from the day
Always stopping to read the Cathy and Claire problem page
Craftily I'd tuck it back inside the morning paper afterwards
Nobody guessing my little guilty pleasure

In the playground
The boys would play Batman and Robin
Quarrelling over who would play which hero, which villain
I was always Catwoman
Imaging myself as the statuesque Julie Newmar
Or the purrfect Miss Eartha Kitt

And as for the playground bully?
The last time I saw him
He was tottering down Canal Street, Manchester
In fabulous high heels

◄ A Picture of You

Fabulously detailed and relevatory Paulie. A real splash of technicolour fantasies brought down to earth. A joy to read and uniquely revealing.

Such nostalgia Paul a touching tale of your childhood you certainly new you were different and you pursued your uniquieness one on a million keep these poems coming love the insight into your childhood .
Christine x

Haha..love the pic of Lynda Carter as Wonder Woman and the tale itself.
Great story, very well expressed and really funny.
The last stanza in particular paints a telling picture of the playground tormentor.

Really liked this poem dude. It was a very lovely intimate peek into your childhood. It's written well, little stories with in a story. It's strewn with feelings and emotion. Super poem. Really, really liked it.
My kids don't seem to see girl and boy toys. They just play with stuff. Maybe things are changing in that respect. Hope so.