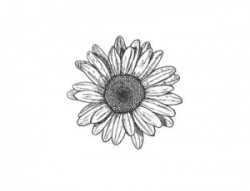 Pick the petal, then you eat it.

It's a sort of unegotistical monopoly that I crave

Playground fortune telling is a mysterious art that rides on the idealistic concept of opposite chance.
Loves Me.
Loves Me Not.

Where I stand now.

Where yellow spiraled arms that reach for love, surround me.
I come to the bubbling surface, that the reaching branches of the yggdrasil that I belived

Or had once belived.

Is perhaps not too far in walking distance.
From the never ending options.

As those wrapping, unbalanced limbs of a weeping willow drip my seeping desires into the once again
Never ending pool of darkness.

The first was unable to touch. His god said so. And even so, he did not prefer me.

The next was already belonging to someone. And even so, he did not prefer me.

The  current one was too far for our palms to grasp. And even so, he did not prefer me.

You'd find, that there is a cut patch in the daisy field.

And I lay there and pluck petals.

Waiting for Gaia to give me the flower that lands on the lovers gambit.