Competition closes in 25 days, 8 hours. Get details and Enter. 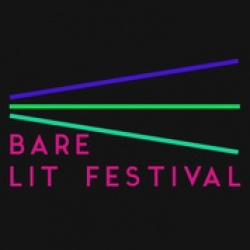 Malika Booker, Jane Yeh, RA Villanueva, Karen McCarthy Woolf, Anthony Anaxagorou and Raymond Antrobus are among the poets that will be taking part in a new literature festival in London next weekend that will be focused entirely on black, Asian and minority ethnic writers. Organisers of Bare Lit festival, taking place from 26-28 February, say: “Last year, the UK’s three largest literary festivals featured over 2,000 authors. Of those 2,000-plus authors, only 4% were from Black Caribbean, Black African, South Asian or East Asian backgrounds … We want to change that.”

Poetry events include a discussion panel on second generation poets in exile, chaired by Malika Booker, who will also be leading the Forward prize judges this year. Also on the panel will be Jane Yeh, London’s young poet laureate Selina Nwulu, plus spoken word artists and poets Khairani Barokka and Dean Atta.

There will also be readings from US poet RA Villanueva and Karen McCarthy Woolf, who will also reflect on their experiences of teaching poetry, while Anthony Anaxagorou and Raymond Antrobus will be in conversation exploring issues of identity, history, racism, white supremacy, love and loss as they relate to poetry.

In an article published in the Guardian in January, Samantha Asumadu, founder of festival organisers Media Diversified, a non-profit organisation dedicated to promoting writers of colour, said that Bare Lit’s ethos was “in part a reaction to the overwhelmingly homogenous view of contemporary writing presented by UK literary festivals. The creation of Bare Lit is a step toward empowering these voices that are so often silenced in the literary mainstream.”

The festival has been backed by a successful crowdfunding campaign and Asumadu said she hoped it would become an annual event. “Bare Lit will give a destination to hopefully hundreds of people who haven’t felt compelled to go to a literary festival before or felt uninspired when they did because either they didn’t see any, or very few, writers of colour they read or they could discover,” she said.

“We trust that London’s literary community will attend, as they really need to. If we don’t value writers of colour and they are not seen and heard as much as their white peers, they are even less likely to get published.”

Festival events will be held at the Free Word Centre and nearby Betsey Trotwood pub, in Farringdon Road, London. More details

Cocktail of sun, sea and Sheffield provides joyous mix at the Troubadour ►

The problem is not that there isn't a very diverse range of talent out there, from many 'people of colour'; but that it often doesn't get past the first hurdle of actually finding an audience. You have to be visible to find that audience; and that visibility only occurs if people are given the opportunity to read, to publish and to be seen by the reading and listening public.

And when it happens, and a person of colour actually wins an award, along comes the 'they only got it because of political correctness' brigade, to keep them as far away as possible from that visibility, or to denigrate that achievement. Because they couldn't possibly have got their because of talent...

There are some very good writers out there of a very diverse range of backgrounds: Kei Miller, Vahni Capildeo, Sandeep Parmer, Mimi Khalvati and many more. Something for everyone in fact (and I've only mentioned poets here...)

Prejudiced or partial? There are grounds for considering
these in context. By all means let us have the
widest range of "voices" with messages of relevance
but care is needed to avoid ghetto-ising them to
accommodate views about why stuff is or isn't being
heard or read in festivals - or elsewhere for that matter.
I once bought all the novels of American author James
Baldwin - not because he was black, but because he was
a singular talent whose work crossed boundaries with
memorable effect - at a time when the social situation
in the USA was fraught with racial tension across the
spectrum.

The reason this is important is that despite the fact that whilst everybody claims that they are not prejudiced, it's amazing how often they ignore any voice that doesn't sound like their own. Some of those writers will be sharing unfamiliar experiences, using unfamiliar language (dialects for instance), or saying things that might well be disturbing (eg experiences of racism.)

Those things might well not be what people want to hear; but surely exposing yourself to new awareness is part of the point of literature?

If you have a message that folk want to receive then what
does it matter what skin colour you have?

I get the impression that the majority of, prize winning poets featured on this site have given up entertaining the wider audience in favour of a narrow elite type material that needs the skills of an enigma code breaker to understand what they're on about together with a knowledge of rarely used words dredged from deep in the dictionary

Have they forgotten that simple sincere "from the heart" verse enjoys a far bigger following than their advanced? enigmatic crappy metaphors that neither "the honest"critic or reader can make sense of.