Clive James talks about poetry, Dante, and illness on Radio 4 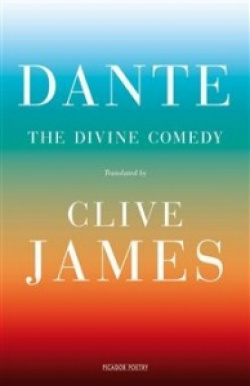 Clive James read his poem, ‘Nimrod’, about the death of his father in the second world war, in a wide-ranging interview with Andrew Marr on Radio 4’s Start the Week on Monday 23 December. James’s translation of Dante’s The Divine Comedy has been shortlisted for the Costa poetry prize.

Marr asked the writer, critic and former TV presenter if his poems had “darkened, shortened and deepened” in recent years. James replied: “I’ve got more to reflect on, I’m a wiser man,” before reading another poem that included the lines: “But now I have slowed down. I breathe the air / As if there were not much more of it there.”

Talking about his translation of Dante, he said that one problem was that English is “rhyme-poor”. James, who has emphysema, and is in remission from leukaemia, said he would do more poetry readings if he had the energy. He added that when poems came to him, “suddenly you feel in your head that something is possible”.  He also conceded that after falling ill: “I see things with a clearness, almost a radiance that I never did before … you get to the stage where everything looks like a revelation.”

You can hear the full interview here

◄ Tribute to poetic protest as all Pussy Riot members are freed

Welcome to 2014! Here are some poetry prizes to try for ►

Clive James - whose wide-ranging talents made
the likes of Stephen Fry possible.

Oh, my God! Clive James is just great! As for me his English is so perfect. It was so pleasant to listen to his voice, to his English, to his poetry... Let him live forever and more! Let us store his beautiful poems! They all come from his heart and my soul alams.