From Chickentown to McCain chips: but does Cooper Clarke's new ad put you off your tea? 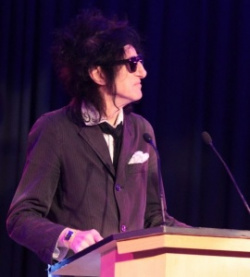 So there I was, smiling and giggling though a collection of humorous verse while waiting for a TV programme when I heard the incomparable drawling drone of the Bard of Salford. I was not mistaken. Our very own punk poet John Cooper Clarke was speaking to me on my telly. And what was he saying? Eat more chips. My beloved JCC, muttering about the glory of McCain chips. Strewth.

Of course, I remember now, he once did an advert for Domino’s Pizza. And another for Sugar Puffs  back in 1988, the same decade in which he was a heroin addict. (Did Sugar Puffs realise that the Honey Monster probably had a different significance for JCC, I wonder?)

The McCain advert has already generated some comment on Twitter and Facebook, much of it critical. One writer had a glorious swipe by quoting the JCC classic ‘Evidently Chickentown’  (you know the bit: “The fucking chips are fucking cold”).

Cooper Clarke, who was awarded an honorary degree by the University of Salford earlier this year, isn’t the only famous poetic name to succumb to voice-over Mammon, of course. Roger McGough attracted flak when he recited Keats’ To Autumn for a Waitrose advert. Many critics objected to it on principle (“selling out”) although others simply couldn’t stand his reading. I confess I love much of McGough’s poetry but hate his reading voice (there’s a subject for debate - which poets are good and bad at reciting poetry).

There was even a musical backing to the Waitrose ad, Golden Brown by the Stranglers helping to create the mood (Another heroin reference. Spooky). That advert alone must have created plenty of work for the folk who work out artists’ royalties.

McGough acknowledged the dilemma when he said he read a poem at a wedding, only for one guest to say it reminded her she needed to get something from Waitrose later on. He may have hit the nail on the head in a recent interview when he admitted that money is a real problem for poets. “Artists can sell stuff,” he said, “but it’s much harder for poets to keep the wolf from the door.” He defended the practice in a Guardian article a while ago. But surely those poets most in need of money are unknown, and therefore unlikely to get the call from an advert casting director?

Going back to oven chips,  Cooper Clarke didn’t even write the words for the ad. That took three people working with an art director and film director working for agency Beattie McGuinness Bungay (why do ad agencies have such fabulous names?) At least he sold out for fried spuds and hasn’t gone to the dark side of M&S ready meals. Now that would be a brave pitch by an advertiser.

So what other advertising possibilities are there? Pam Ayres selling toothpaste by reading ‘Oh I wish I’d looked after me teeth’/? Which latte/cappuccino  chain will snatch up John Agard’s ‘Coffee in Heaven’?  I guess one superstore won’t be using ‘Ducks Don’t Shop in Sainsbury’s’ by Gary Boswell.  Which dating agency will commandeer Wendy Cope’s ‘Lonely Hearts’? Would Whipsnade zoo be brave enough to use ‘The Lion and Albert’? You might even tempt me to drink Bacardi if an advert was accompanied by Victoria Wood reading / singing ‘Saturday Night’.

Go on, look them up. What do you reckon?

Chance to have collection published in Geoff Stevens memorial competition ► 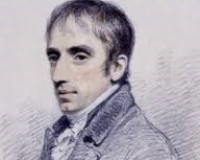 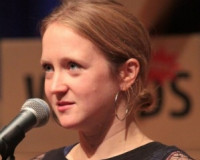 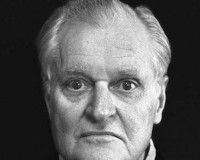 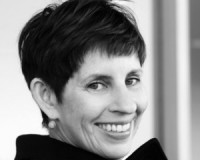 Yes, but can he be that hard-up?

I was watching telly. ITV
When a familiar voice jumped out at me
A Mancunian accent from the past
A cigarette-induced breathless rasp
The name of the poet was on my lips
John Cooper Clarke was flogging oven chips

I couldn’t believe it. I listened again
The sponsor of the sacrilege was Mr McCain
Not the US politician from the Christian right
But the frozen chipped potato man. It gave me a fright
Was it the acid? Too many trips?
No, it was John Cooper Clarke flogging oven chips

It just wasn’t right. It just wasn’t fair
The emaciated man with the coiffured hair
And the irremovable red-lens shades
The machine gun delivered tetchy tirades
I couldn’t believe it. I couldn’t get to grips
With John Cooper Clarke flogging oven chips

It wasn’t funny. It wasn’t droll
I reached right over for the remote control
I turned off the set. It was all out of place
And I remembered the monster from outer space
So I picked up one of me thin felt tips
And wrote “John Cooper Clarke’s Flogging Oven Chips”

And sound your thoughts are too, Brian. There's no money in poetry...

I think that after years of giving us great inspiration JCC deserves the money and at 65 he probably does not have a pension pot to dig at. If living comfortably in old age means selling your soul then well done John. Also as regards to R Mc I think his vocal presentation is really catchy & has inspired me to do performance..
Just my thoughts
BRW