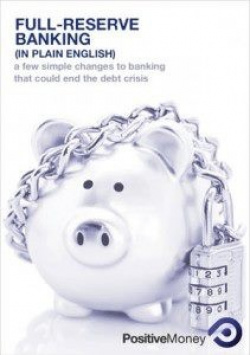 I found the chief cause for inflation,

Why there is never enough money,

Yet more unemployed in our nation.

Have you not wondered why it should be

That most countries owe huge deficits?

Where did all this money come from?

It’s a puzzle to challenge all wits.

Unless you can start to learn the truth.

Banks engineered it all for their gain,

The money they loan to their clients

Exists in a computer and brain.

It does not exist in real hard cash

Yet they add interest on straight away,

Just three percent is real to this day.

In the age before computers, now

Is not real so can never be paid,

Trapped in a debt based economy,

Nothing else with which we can trade.

So how do they get away with it?

This is a legalised ponzi scheme.

For lots of us it’s hard to believe

How we’re fleeced by a bankers’ dream.

The world debt is in fourteen figures,

Every five seconds roughly it climbs

But a massive ninety-two percent

To mortgages and speculation,

Not socialist or capitalist,

Nor a case of left wing or right,

More a case that banks own everyone,

Their institution a parasite.

Absurd when there is obvious wealth

Only this system prevents us from

But hey, don’t just take my word for it.

Go do some research of your own.

The truth is there on the internet,

The banks’ cover needs to be blown.

They hold a credible solution

Their campaign to reform the banks

Has to beat a revolution!

Thank you for your comments, Tommy and Dave. Very true.

Well said Lynn - time for more of those peer to peer lending sites to prosper - no need for banks to play middle men and skim off all the cream...

The worker does the work:
The bosses do the bossing:
The owners do the owning.

No doubt that you are aware Lynn-
the greedy you-know-whats
are on the grab again according to
this mornings news.

Mr Diamond is going to forego his bonus?
(and take it from another source no doubt)
as you have been pointing out for a long time
it really is sickening.

The name we mentioned-Eddie George-well
it should have been Mervyn King
which just proves how interested we are
(YAWN)in this seemingly unstoppable crime.

Keep up the crime fighting Batgirl!xx

Stef, the only way out of the you-know-what is to reform to full reserve banking, and can't see that happening any time soon! Mind you, we did have it once so it's not impossible to revert back, trouble is politicians aren't listening.
I was shocked to discover that if the whole of the UK were able to pay down their debts at once there would not be enough money in the economy to do so, and we would still owe billions. That has to tell you how crazy the whole system has become.
Anyway, I'm spouting again, hope you and Patricia are well, and thanks Stef for your comment. L xx

If any of em were so clever
how come we are in and will be for a long time
the you-know-what.

Thank you, Greg. Yes, the Greeks did not deserve any of their mess. But if I have explained it to one person then it is worth while. :-)

Stef, I had to google Eddie George! I have no problem with the Bank of England though, naturally. :-) Thank you for comment. xx

Ah, now I understand it all, Lynn! Thank you. No wonder the Greeks are going spare. Keep up the good work.

Thank you Yvonne, sounds like a plan to me! x

MC what are you saying???

This is not about benefits or the work shy!

The banks are corrupt and working on a ponzi scheme.
If everyone demanded their money back from the banks at the same time, there would not be enough money to pay their depositors.

I know it is hard to believe, but research brings up the truth every time. I even read on the Bank of England's own website that only 3% of the total money is in cash and coin.

Well said Lynn. Maybe we need to bypass the banks a lot more and use alternative currency for local trade.

Bankers continue to be a pain
To those who seek society's gain -
The entrepreneur who creates work
And sees cash going to those who shirk.

Trade is trade - in cash or kind,
If you take no part then you shouldn't mind
Not getting paid by those who do,
No one is born to indulge you!

Nature shows us how it's done -
To catch your quarry, expect to run;
No sitting back and taking your ease,
Get busy - like the busy bees.

You have a body and a brain -
Use both and do not be a drain,
And if local prospects start to unravel
Be prepared to pack and travel!