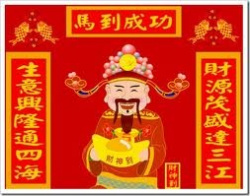 There are no young at the Yeung Sing hotel,

only those who grew old, singing for their supper,

or was it breakfast?  For night turns to day, turns to night,

like the ends of the arms of the chef who mans the grill.

Daylight saving seems a concept made in hell

the guests turn into waiters, as they wait upon their meal -

the waiters turn quite weightless without a customary care

they make off with your order,  Cheshire cats into thin air.

drip feeding the diners till they suffer from Tourettes.

Time waits for no man but man waits for some time,

singing for his supper, or perchance the chance to dine…

There are no young at the Yeung Sing hotel -

only guests perplexed by the age old Chinese puzzle

of which came first, the chicken or the egg?

Neither in this God forsaken hole!

There’s a hole on my plate where the egg should be,

my hash brown’s cold like my toast and tea -

it’s the year of the rabbit, unless I’m much mistaken,

not the sodding tortoise, so be doing with my  bacon!

What happened to my sausage, I daren’t even ask,

nor take this quiet race to task,

I really mustn’t grumble, should thank my lucky stars,

think of those in Africa, no need to go that far -

think of him across the way, who’s looking rather thin,

They’re out of orange, they’ve no baked beans

Though mushrooms plentiful it seems

The order of their service leaves much to be desired,

half a table served, the other half fired…

What random factor seals your fate? Makes them serve you last or late?

my 70 quid on just one night, one rock hard bed, this brunchion shite!

There are no fortune cookies or I’d have eaten them by now,

there’s no confusion in my mind about what Confucius say

If ever again I set foot in here,

that will be the fu- king day…

◄ The Stuff of Life

ha ha very funny we had a family get together recently and we must have gone to the same restaurant"drip feeding the dinners till they suffer from tourettes"lol (-:xx

Sounds like it was quite a adventure, Isobel with a last line that made me smile. Bet this will go down well on the performance circuit..

Thank you Elaine. The first few lines were a bit classier than the rest - I found it hard to keep the quality up and then decided not to worry about it, since it was a funny rant. That probably accounts for why you thought it might have been serious. I wish I could have been less rhymey - it just wouldn't come though. Glad it entertained anyway. x

Loved this! Wonderful humour, great turn of phrase and some brilliant rhymes. Although in the first stanza I was initially reading it at a deeper level rather than literal! Typical of me I guess! I kept thinking, hmm must google this hotel - perhaps it's a well known jail where human rights abuses regularly occur. Mind you £70 for the privilege of going hungry! I do know this type of experience though - had a similar event the other weekend!

I will vouch for this...... I was there!
Love it Isobel its turned a less than happy experience into an amusing one!
Cate xx

Very entertaining read, Isobel. The service may have been meagre, but the poem is a banquet.

I know it well - the manager is Wan King. Hope you left them with a large portion of Yuk Foo. Our local Chinese takeway was always known as 'Effing Elsie's (yu wan effing els?) No Michelin star for that establisment then?:)

This is just a bit of fun, posted for my cousins down south, who spent last week-end with me in the said hotel. It had to be experienced to be believed. x