'Where do they all come from?' Poet launches project to provide a farewell at 'lonely funerals' 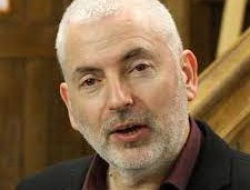 A poet who has been writing short ‘otwituaries’ on social media when someone famous dies has turned his attention to composing poems to be read for those people who would otherwise have no one at their funerals. Andy Jackson is piloting a project in Dundee that aims to give a personal farewell to people at ‘lonely funerals’. The initiative is a reminder of the Beatles song Eleanor Rigby and its words: "All the lonely people, where do they all come from?"

Andy said: "I feel everybody deserves something humane at the end of life. Nobody should be completely unmourned. If we want to live in humane country these are little things we can do for people. It becomes the job of the community."

He uses what information is available about the individual to write poetry that captures something about their life or character. He first heard about the idea of attending "lonely funerals" after speaking to a writer from the Netherlands during the StAnza poetry festival in St Andrews. They described how many people arrive in cities like Amsterdam, Brussels and Antwerp, but their kin cannot be traced. Poets providing pieces of writing in order to dignify funerals has been taking place in these areas for the last 20 years, he said.

"They would have a passport, some details from the police or from social services, a photograph or some information about their life maybe. Something that would give away something of who they were that a poet then could use to form the basis of a piece of work that would actually celebrate the real person - not somebody you couldn't identify.

Andy decided to bring the practice to Scotland, after discussing such a project with Dundee celebrant Michael Hannah. They took advice from mental health project Lapidus Scotland - which also deals with funerals of those left alone - and formed the Lonely Funerals Project. They eventually hope to expand the effort across Scotland, including rural areas.

Andy Jackson was born in Salford but has lived in Scotland for 30 years. He has published several collections of poetry, edited a dozen anthologies and online projects, and is co-editor of Poetry Scotland. As editor, he has published Split Screen and Double Bill, two anthologies inspired by film and television, and edited New Boots and Pantisocracies, with WN Herbert.

He has also been tweeting his ‘Otwituaries’  – short elegies to the departed that were at first limited to Twitter’s original 140 characters – since 2012 to celebrate those who have had an effect on him, “positive or otherwise”. All the Otwituaries are written very quickly on the day their subjects pass away, and include actors, musicians, sporting figures, TV personalities, writers, explorers and assorted others of note.

◄ 'I have stuffed the South’s nightlights in my mouth. Gala of fireflies'

I would be content with -
He had no say about entering this life
And might well have declined if he could,
So it seems very likely taking leave of its strife
He seeks no say from those remaining who would !