THE LINE AND SQUARE 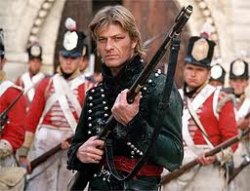 Not exactly "remembrance" in the conventional sense, but worth a sortie into the murderous mathematics of military history.  A lethal game of rock, paper, scissors.

The foundations on which we built Empire

The offensive force of musketry fire

The defensive strength of the square.

The advantages of the musketry line

And not from one hundred metres in front

As Frenchie would no doubt agree.

The French they attack you in column

Which stretch back for hundreds of metres

They pick their way over their stumblers

A mass of men crowded and dense

And plan that by pressure of numbers

To smash their way through a defence.

But a column will pay a terrible price

In pain and in death and in gore

That numbers are simply one device in

Mathematics of battle and war.

For the column as it advances fore

Fires from the front 20 men

While a line of a thousand muskets or more

Repays this again and again.

And speed of the sequence of volleys tell

The cycle of prime, load and fire

The thunder of King George’s choir.

Makes firing come off as you planned

But all of the training and drilling of men

Can never teach them to stand.

And so the mathematics of warfare

Would counteract their column’s force

But the line would always be vulnerable

To a charge of the cavalry horse.

Then you looked kindly on the training you’d done

On the drillyard which helped you prepare

For making efficient manoeuvre upon

When the lancers charged you stood and held line

Till signalled by bugle or drums

To break into square too early a time

Invited the wrath of their guns.

For a six pound shot hitting into the line

Would take out a redcoat or two

But 20 or more would go to Hell

If into the square one flew.

But once we were set and bayonets fixed

Or our pikes were driven in ground

There wasn’t a lancer in all of France

Wouldn’t swing his charger around.

And when they fell back from a failed attack

Those days when battles were fought by appointment.
Thanks for your thoughts, MC and Stephen, and Bethany, Pete, Kevin and Frederick for the Like.

There are echoes of Kipling here! Vivid, blunt and real in its
depiction of discipline and death. 👍

A fascinating insight, John. Certainly removes all glamour from war!