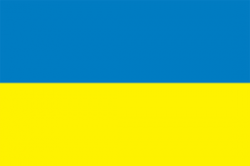 The English ex SAS Special Forces member went to the Ukraine to fight. He travelled light and took just a small back pack and a head full of skills. A gun was a gun and a bayonet a bayonet. He was trained to use most things as weapon especially military articles.

He decided to go to the Ukraine after the Russians invaded proper in early 2022. The Ukrainian Army took him to a holding facility where they vetted him. This took three days. Included was basic close combat skills and weapons use.

He excelled and was given a job, being sent to a forward artillery position with a dozen other foreign troops to protect it. The SAS man was in charge and most men and the single girl spoke English. All understood military commands and signals. All were veterans from either conscript or professional armies.

Each was here for their own reasons and all disliked either what Russia had done or Russians themselves. The English SAS member had killed several Muslim terrorists from Daesh and al Qaeda in Iraq and Afghanistan. Now he looked forward to fighting and killing some Russians, officers if possible. After being in the Ukraine six days he was on the front line leading his first patrol. This was better than being a bouncer in a Manchester night club!

The SAS guy ordered his men to only use bayonets as they silently crept to a Russian fox hole a mile away. He wanted blood and the rush of combat, of killing. There was the trench and a single sentry, asleep. He would knife him himself. Then his squad would murder the rest and take back any weapons, maps or documents. He spoke four languages including Russian. Any Intel was good for his bosses though. Here we go! There’s the sleeping sentry. Gently now, he must die in silence…