'Poets should never be lost for words': peace campaigner Antony Owen talks about the war in Ukraine and the new nuclear threat 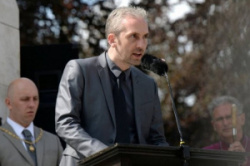 President Putin’s barely-veiled threat at the start of the invasion of Ukraine to inflict a nuclear attack on the West if it took arms against him was a chilling reminder  of the mortal danger hanging over us all. Write Out Loud has interviewed peace poet and anti-nuclear campaigner Antony Owen before. Owen has written poems about his conversations with survivors of Hiroshima for an earlier collection called The Nagasaki Elder. We wanted to know his views again now.

The terrible situation in Ukraine is leaving many poets unable to write about the war itself, or about anything else while it is raging. Have you still been able to write poems about peace and war in these circumstances?

As was the case in 1939, a question was asked to the poets of that time “Where are all our war poets”? Established poets of the day like WH Auden responded, like the first raindrops that created a flood of poets to respond, and that is what is happening slowly now. That poem by Auden is here and is chillingly apt now, given that a third world war would obliterate everything, music, architecture, poetry, art, the very fabric of civilised society. And let us muse on what civilised society is, as a civilised society had ignored the equally upsetting plight of places like Palestine, Srebrenica, Rwanda, and places where intervention was based on morals of greed not humanity. Poets should never be lost for words even if those words do not flow as easily as they do in peacetime. We need beautiful poems but also beautiful poems on the ugliness of humanity, the strength of humanity, the resolve and the consequences. I have written on Ukraine but only because the motif of my writing is not from personal experience of conflict but as an observer reading through the “presented” trust of media in finding the human in the rubble, the woman drinking radiator water who weeks ago drank Volvic and ate a pain au raisin from Caffe Nero in Kyiv like any of us. War has invaded our social conscience and has upset us because it may well impact us directly. To answer your question I am wading through the wasteland of myself to find that clearing, that space where a decent poem might just emerge. All of us have to try and write even if it is a few lines. The darkest poem I wrote is imagining walking outside as a nuclear warning siren sounds in Coventry. I cried dry, writing that poem as I’m on Citalopram but it was a chemical tear and it hurt like hell being that honest about my own fear. Maybe I’ll share it before I write the end of this interview. Maybe I won’t. It’s a choice I like many have to make on what we want to say and how we want or feel we need to say it.

This may be an obvious question. But people’s reactions have been different. What has been your mood during this conflict?

Low in mood but surprisingly calm because I’ve researched nuclear weapons and their causes for years and met those who experienced them from Hiroshima to some nuclear test veterans who never received an apology or compensation from the government. People saw their bones in the nuclear flashlight. Some wore khaki shorts and boots watching their skeletal frame glow like a flower as the superpowers flexed their nefarious might into the ulcerated sky. One thing I got pissed off about recently was someone who said to me “Oh Northern Ireland was a hundred years ago that has nothing to do with world war three”. It does though, it really really does because Belfast is most likely a strategic nuclear target because it belongs to the UK. Because Northern Ireland like Ukraine was invaded it has a long-term consequence for the people who live there who would otherwise not have been a target like neutral Ireland. [Ireland is not a member of Nato]. People rush to TikTok and Fox News getting contaminated with news from the right and left. Look into those suffering and detach nations and then you find the beginnings of a poem on a human level like you would do on an atomic bomb survivor, prisoner of war, or soldier who cannot reintegrate to the cruelty of modern society and its soulless targets of money and greed.

In an earlier collection of poetry that was shortlisted for the Ted Hughes award, you wrote lyrically and movingly about victims of the atom bombs of Hiroshima and Nagasaki of world war two, having gone to Japan and spoken to survivors. Much of your work is about peace. How do you feel about this sudden eruption of war on the continent of Europe?

I feel sad, angry that we never learn from the most distressing lessons of war. I think how it took little Alan Kurdi rolling on to that beach to make so many people see refugees as human and herein lies the problem and the solution. We have to detach nations people live in from who they are as people. People don’t choose their birthplace. No human should suffer displacement from home and be turned away from other lands that contributed to their displacement. Syria used to take in Allied refugees in world war two and how quickly we forget or care to care. We have so much news and do so little with it. Denzel Washington recently said it straight when he said news is not the about the first media outlet to report it, the news is supposed to be truth (or words to that affect). Some people may also judge I used a celebrity for a quote and that is the point, why not? Why not expand our insights to the presented fact and for us to question it. We cannot just scroll-read taglines of clickbait headlines and consider ourselves informed without reading the whole articles. We are guilty of that. 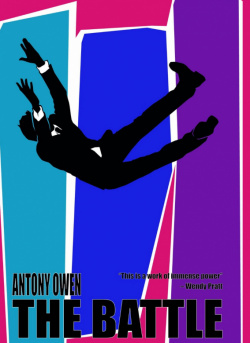 Before the war in Ukraine started, you were planning to publish a new collection on a different subject to war, the plight of men in danger of succumbing to thoughts of suicide. I say a different subject, although it is called The Battle. What would you like to say about that?

The Battle is about the invisible scar of mental health. It focuses on toxic alpha constructs like the workplace and draws upon my own suicide attempt at 15 and near suicide a few years ago and battles with depression. You have to remember that people with depression win hundreds of battles but it only takes one to lose that can be fatal. Seventy-five per cent of all suicides are men which I address directly and hopefully with the utmost sensitivity, even drawing on how anti-depressants have a Frankenstein edge to emotions and joy. I even address the sexual effects of anti-depressants and lay myself bare, just as those in battles of war shared with me. They were the blueprint for this collection, to be emotionally wide open, vulnerable, and I hope strength and beauty is drawn from that human experience.

At the start of this interview Antony wondered whether to share with us a recent poem he had written about the nuclear threat. In the end he decided he would. We are very glad he did. 'If the end comes ...' is both lyrical and very moving:

Poet's campaign about men and suicide screened at football match ►

"If the end comes" is a beautiful and important poem. We need more poets like Antony Owen.

Great interview, Owen’s poem validates the deep empathy each individual deserves, and the great lengths that love is willing to go to protect its own.

Never lost for words. Forgive my own wry smile on that subject..

Thanks very much for your comments, John. For those who read this interview yesterday, just to say that we've now added a sound file of Antony's lyrical and very moving recent poem 'If the end comes ...'. You can find it below the interview.