IN THE BLEAK MID-WINTER 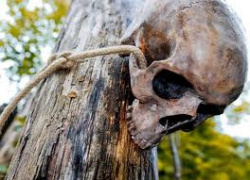 Not part of the “Plum Face” masterpiece, Kevin, but certainly set in the same era.
And thanks for the Like, Stephen G.

Is this one in the same series as the one about "plum face" if I have remembered that name correctly?

Thanks for the Likes, Stephen, John and Holden.