THE BLOOD SERVICE VAMPIRES FROM LEEDS 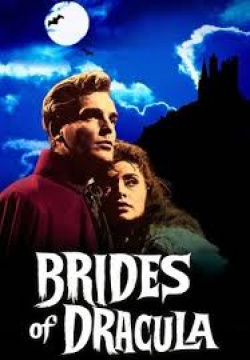 I've just given my 50th donation today.  I was disappointed not to be trumpeted in.

Or Karloff or Christopher Lee

I’ve watched at the cinema or on the box

Where I’ve peeped from behind the settee.

I saw Captain Quint get clean bit in half

By a fish we just knew as Jaws

The Exorcist too made me sweat at what next

They’d find behind those bedroom doors.

The genre I fear most of all of these, though,

That haunts me at night-time in bed

Is the glazed expressions and rotting flesh

Of the faces of the Undead.

I get so uptight that I dare not go out

At night in my own neighbourhood

For fear I’ll set off with my quota – eight pints –

Returning with just six of blood.

My stomach turns sick at the thought of the bite

And suck as the artery bleeds

But nothing compare with those uniformed dears,

Those Blood Service vampires from Leeds.

It’s every three months that I keep going back

A mystery to me why I go

They’ve got me addicted, those vampires in blue

They all love just watching it flow.

“Which arm should I spike?” the sister will ask

And grins a lascivious grin

But while I am trying to make up my mind

I scream as she plunges it in.

She misses the artery (“Praise be the Lord”)

But broddles again and agin

I think this one came from the butcher’s next door

(And other jokes in the same vein).

Such vampiric torture continued that day

As donors watched on in the queue

Their faces were ashen as they saw my arm

More vampires had gathered to marvel her work

And cheer when the blood started flowing

Pint after pint was syphoned away

Until the rate started slowing.

And when at last they’d sated their lust

They settled their payment with me

A booked reappointment for later that year

A Penguin and cup of hot tea.

For nothing compares nor less supersedes

Those Blood Service vampires from Leeds.

◄ LEADER OF THE PACK part 3

THE TIME I SAVED WESTERN DEMOCRACY FROM COMMUNISM ►

A wonderful onomatopoeia, MC. A Yorkshire dialect word which, I suspect, owes its derivation to a brad awl. In slang it’s also a male brothel.
And thanks for the Like, Ghazala.

I remain fascinated by the word "broddles". Did Bill Bryson ever
find that one while foot-slogging around his "Small Island"?

Thanks for the Likes, Tom, Holden, Aviva, Nazia and Stephen A.