The Duke and Me 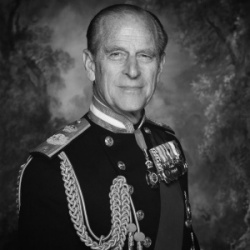 Way back in the distant mists of time

The nineteen eighties as I remember

I was working at the Dorchester hotel

On the banquet bar in late December

It was a black tie corporate affair

Guest of honour was the Duke indeed

In the crystal room I manned the VIP bar

Catering to our distinguished guests needs

My instructions were to prepare a tray

With a selection of drinks here goes

Up I strode to present my creations

A martini cocktail he eagerly chose

For half an hour the guests they mingled

Drinks were replenished the Dukes too

The toastmaster marched in gavel in hand

Dinner was duly announced with no hullabaloo

Etiquette was followed as a matter of fact

As the M.C. to the ballroom he walked them through

Drinks were hastily finished as the prince quipped

"Come on you chaps stop slumming it" that's true

The royal protection they waited around

I had the opportunity to engage them in chat

Until dinner was done they just killed time

I was told he liked the ladies and that was that

After dinner he and his chums they returned

I was just a small part of royal history

That's the story of the Duke and me

Hi M.C. - I had the opportunity to serve quite a few notable people when working there. Thanks for likes Hugh, Holden & Zina. 😊

An entertaining vignette of a personal recollection that comes to life
even as its main character leaves it.