Singer and DJ Cerys Matthews in album project with 10 poets 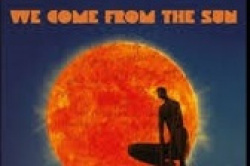 Musician and DJ Cerys Matthews is a great champion of poetry. The singer, songwriter and broadcaster, who hosts a weekly music show on BBC Radio 6 Music, has chaired the Forward prize judges in 2014, and judged the Dylan Thomas prize as well.

Now she has collaborated with 10 leading poets and Hidden Orchestra, aka Joe Acheson, to produce the “aural adventure” We Come From The Sun, which was recorded at Abbey Road Studios.

Matthews said: “I’ve always been in awe of the power of a great turn of phrase; in poems, songs and prose. There are some exceptional poems being added to the world right now. So I invited poets whose work I admired and had championed for years to join me in this project. I selected poems which worked across and with each other to become a journey, an aural adventure.

“I’m hoping it’ll be the first in a series of ‘poem song’ albums on Decca, with life on earth as inspiration. As simple and complex as that. The theme for this then, as the first, had to begin at the beginning: ‘Genesis’.”

You can watch a preview here