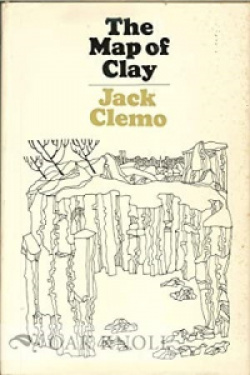 A tribute has been paid during a TV series about Cornwall to “one of  Cornwall’s most celebrated poets”, Jack Clemo. In a section of Rick Stein’s Cornwall, Stein talks to writer Philip Marsden about  the china clay industry – “part of that rough edge of Cornwall”, and the largest china clay mining area in the world.

Stein says Clemo’s “austere poems in the 1950s are about the expanding clay industry overcoming nature”. Marsden said that his “words are wonderful”, and refers to Clemo’s poem ‘Christ in the clay-pit’, as revealing his deeply religious nature in the way he saw “images of Christ in the blood-like iron deposits, the stigmata of the landscape. Good stuff.”

In his book Rising Ground, Marsden says of Clemo: "The ore of his work came from within ... Yet it was the land around him that became the grist for his writing ... Clay was the raw material for his poetry, and proved endlessly malleable."

Jack Clemo was born in Goonmarris Slip in the heart of St Austell's clay country, in 1916 and was the son of an illiterate clay kiln worker. His formal schooling ended around the age of 13 with the onset of his blindness. He became deaf around the age of 20, and blind in 1955, about 19 years later. After a successful novel and autobiography, he published his first poetry collection, The Clay Verge, in 1951. A posthumous Selected Poems was published in 2015. Clemo was deeply religious and believed it was God's will for him to marry; but he didn't find true love until he reached his early 50s when he met and married Ruth Peaty, a laundry woman from Weymouth. He died, aged 78, in Weymouth in 1994.

Now half-way up the chasm; you see

Beneath those waters: chimney-pots

Though once they bore the waggon’s thump:

Now only toads and snails

Creep round their loosened nails.

Of massive pit-bed pillars – how

They strain to scab the pool’s face now,

Which dread the cold eclipse.

You can watch the episode of Rick Stein’s Cornwall here