IT'S ALL OVER NOW 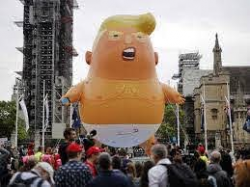 He ranted loud and he blustered strong

He posted through the early hours with his lies

Tables turned and now it’s his turn to cry.

Because he used to bluster but it’s all over now.

His red caps could be found in every redneck town

They bought his fuck and fluster when he lied but doubled down.

Those Old Boys loved all his bluster but it’s all over now.

Dismissing the pandemic as across the land it spread

By egging on supporters with their guns on city streets.

Those cowboys loved all his bluster but it’s all over now.

He sucked up to Pyong Yang and then to Moscow too

His knowledge of geography showed he had got no clue

But the States are not United but Divided by his hate.

But his days are numbered cos it’s all over now.

I MISS THE MAN THAT I USED TO BE ►

Unfortunately, US politics have a reputation for sinister goings-on
- the list is salutary, and it's all a matter of time and circumstance
perhaps. They even shoot presidents with disturbing frequency.
It doesn't always "come out in the wash" over there.

I think you have to be particularly partisan or paranoid to find "reasonable suspicion", MC, when the Election Infrastructure Government Co-ordinating Council comprised of Homeland Security and US Election Assistance Commission, state officials overseeing the election and representatives of the voting machinery industry all agree that this was "the most secure in American history".
Not "reasonable suspicion" at all but rather a "fishing expedition".

JC - point taken about "evidence". But you might note how the MSM
has avoided any mention of the term "reasonable suspicion", the
basis for investigation and the obtaining of evidence.

Plenty of "talk" of fiddled sums, MC. But as an ex bobby you'll appreciate the role of "evidence".
If it was on Twitter or Instagram or Facebook or Billy's Weekly Liar, Stephen, it must be true.

Apparently, if he had won this time, the plan was for the inflatable to run again in 2024. This must be true, I read in on twitter, or facegram or something...

Good "Stones" song - but I can't see this president "rolling over"!.
The MSM coverage is the primary source of our vision of Trump -
and that includes its barely disguised resentment of him as an
outsider to the status quo, exacerbated by his own attitude to the
MSM and its methods - with him taking to social media for his
various fusillades.
The political establishment and their media chums
Combined to rubbish Trump
Now there's talk of them "fiddling sums"
Via some night time Demosnatchit paper dump!
(It ain't over till the fat man slings his hook!)

I won money on him winning last time, Paul. I'm not chucking away my betting slip too soon this time.

Bet you fourpence he does mate.

Many thanks, Paul and Ghazala. I may be a wee bit presumptuous with this - I think he will carry one kicking for some time yet.

Those g' tar lessons are paying off