'I will be happy if the whole world knows': Nigerian poet protests at Lagos killings in poem on Write Out Loud 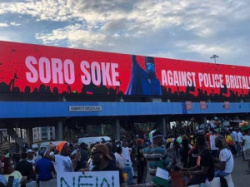 A young Nigerian poet has used Write Out Loud as a platform to draw attention to protests in his country that are believed to have claimed the lives of at least 12 people, and brought condemnation from the UN, the US Democratic presidential nominee, Joe Biden, the UK foreign secretary, Dominic Raab, and the Archbishop of Canterbury, Justin Welby. In his poem ‘Bloodshed in Nigeria’, posted on Tuesday 20 October – the same day as security forces were accused of killing at least 12 people in Lagos – Emeka Collins wrote: “Silence is consent. / Blood knows no race or colour. / I don't know if this is a poem / But the government of Nigeria is killing Nigerians protesting peacefully. / Let the world hear this. / They took off the CCTV camera. / They switched off the lights at Lekki Toll gate / They sent military on the streets / To spill the blood of young people. / Help us out. / Don't listen to the lies of this government.” 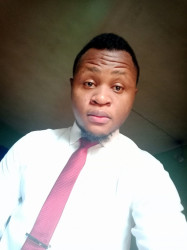 Emeka has given Write Out Loud permission to quote his words in this article, saying: “I will be happy if the whole world gets to hear this story of our struggle.”

According to Amnesty International, security forces and soldiers shot live ammunition into crowds gathered in the Lekki area of Lagos, in defiance of a government curfew, to protest against police brutality.

A Guardian report said that since the killings, unrest has spread across the country, with vandalism by groups of armed young men, and reports of armed groups setting up checkpoints and extorting civilians.

Nigeria’s government recently disbanded the special anti-robbery squad (Sars), a notorious police unit, after thousands of mainly young people had marched in protest against the unit and police brutality.

On Wednesday the UN secretary general, António Guterres, condemned “the violent escalation on 20 October in Lagos which resulted in multiple deaths and caused many injuries”. The US Democratic presidential nominee, Joe Biden, the UK foreign secretary, Dominic Raab, and the Archbishop of Canterbury, Justin Welby, also joined in the condemnation of the killings. “The Nigerian government must urgently investigate reports of brutality at the hands of the security forces,” Raab said, adding that he was “alarmed by widespread reports of civilian deaths”.

Chioma Agwuegbo, a youth activist, said government officials had not treated the protest movement “with the seriousness or urgency it requires”. She added: “There’s no trust. And the government has not tried enough to build that trust.”

Emeka is an English teacher, and lives in Awka in Anambra state. He told Write Out Loud: “I write about issues in Nigeria as a concerned citizen and poet. I believe strongly in the power of the pen. Like Chinua Achebe said, '"The pen is mightier than the sword'. So many ills in the society can be corrected, I believe, through writing. For the poet, writing is everything. It is our only weapon and we have to wield it well and firmly.

“The Lekki massacre that was perpetuated by the government-led forces has triggered off more revolution in other parts of the country. The people shot were peaceful protesters that were demanding that the government make good their promises of change to the citizens. However, to shut them up, the government reverted to the use of violence and guns. However, like I said in one of my poems, "guns cannot shoot this might". This demand for change is long overdue. The people have suffered a whole of things ranging from poverty, unemployment, security challenges, police brutality and a whole lot of mess that this nation has been plunged into.

“The situation is not getting any better as the government has failed to address the citizens in a way that will calm their anger. What we have been getting are just plenty of lies and excuses.

“The protest is not political in any way. These are just Nigerians crying out for change in Nigeria.” 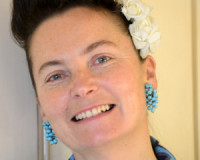 Thank you Keith and Kelvin. I appreciate your comments.

I also appreciate Greg for putting this out.

Thanks for this article and highlighting the poem. It gives hope to know that people still care about the truth.

Emeka is a young aspiring poet with enormous potential who has already grasped the fact that poetry, a peaceful tool, can influence events and highlight what is taking place in his country. He is highly observant and articulate. Nigeria needs to be aware that there are, amongst its citizens, intelligent young people who can see what the government is doing and they are not fooled. Emeka we salute you