The British fell on the Somme, Verdun, Passchendaele,
Their luckier cousins long ago set off across the broad Atlantic
Convicts moved straight on to the antipodes
To the Swan River of Western Australia
Convict scum of the East End born to live again.
The ragged Scots, after Culloden
So many Irish everywhere in the Empire
After the famine.
The Raj with the spice and opium settlements in Shanghai,
Every mountain climbed
All oceans crossed
And we couldn't give a flying toss.

Now only the scrag-ends remain.
Whenever I see a death date,
Say 1989, I think in 1986 she had three years
Left to live.
Except in this case, he was born and died in 1985.
His blue-blue eyes.
Make me  think of the Aztecs, the Andes
Silky, gossamer, filmy wind-borne seed floating by
High, high, so very, very high, in  the Andes.

Dsguise is worse than lies
Hear the grass grow and the squirrel’s heart beat
We will die of that roar which lies on the other side of silence.
Soon, my lady very soon: if you please.

Tender is the Night
And all her forgotten beauties.
People passing out of sight
On this August midnight

When the serpent and the saviour sit
Side-by-side
Somewhere in old-England
They drink and spit and do not fear.

No truths hidden from our lady moon
No disguising this faint silvery tune.
Such wide-open rosy faces, facing the blackest of skies,
His gnarled hands shade her frightened eyes,
No, no,  this is no time for disguise.

On this day of flowers, the animals follow
The usual path of the sun
Ripples coagulate like water,
All manner of things mirror our big brother sun
On this shining  Ἀρκαδία of August 1914

Sweet airs fill the breezes
Forgotten summer scents,
O! The billowing of  intent
Reed and oak and beech
This beautiful canopy of the living green,
Shimmering in this too bright light
Thunder clouds swarm
Rumble out of sight.

I climb this vertiginous cliff path,
Which connects the now and then,
See in all its chasmal beauty.
The brightest of stars
On the blackest of nights.

On this Good Friday in Mosul
An  abomination, a defilement  and disgrace
That leaves the gates of heaven firmly closed
And the gates of hell a crowded place. 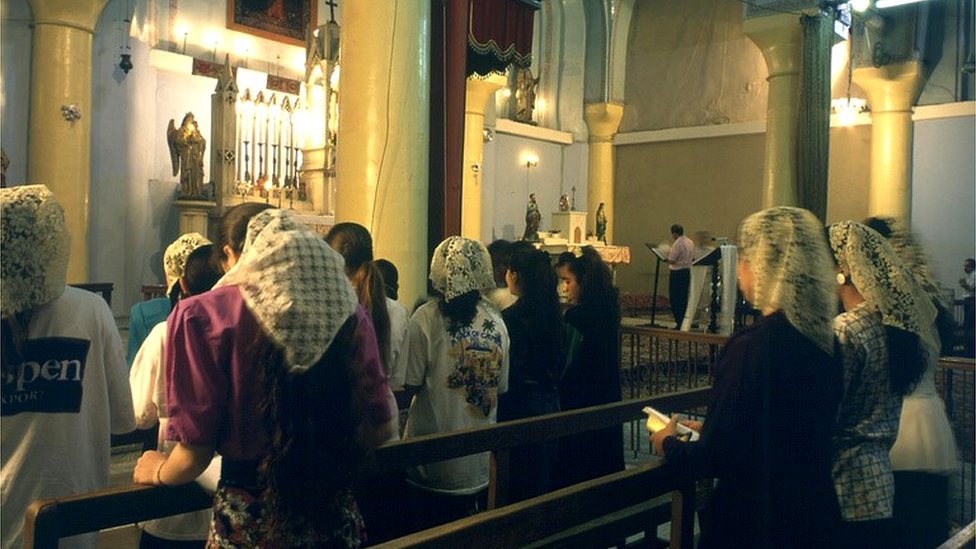 Thank you Keith, Cathy, Shifa and the two Stephens. Yes, Keith, tumbling down hill is just exactly what I tried to achieve in this poem - a tumbling out of thoughts and feelings and sense impressions. Often poems treat of a single discrete moment of vision. I wanted to show such connected moments all mixed up together. The ongoing tragedy of the genocide against the pre-Islamic communities still clinging on in the middle east is ignored by western media. It is these communities - the Yezedis, the Assyrian Christians, the Zoroastrians, the Copts, the Maronites - who we should be welcoming to our countries.

This poem left me emotionally breathless. The final photo nearly brought me to tears. As I read these words I felt as if I were tumbling along down a hill. Does that make any sense? Once again you have excelled yourself for which I thank you.