THE BATTLE OF WATERLOO 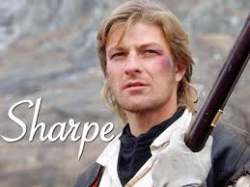 (History Made Simple.  A masterpiece of mine included in the anthology "Still Life with Wine and Cheese", celebrating all that's best about France.  A slim volume!)

There stood mud ‘n’ puddles where once there’d stood flowers

It bucketed stair rods for ‘ours ‘n’ ‘ours

To trudge to the port-a-loo

At the Battle o’ Waterloo.

We’d dug in behind a big ‘ill in a trench

Our ‘istorical enemy faced us – the French!

It ended a similar score!

Their battlefield leader were sat on ‘is pony

I’m talking none other than Emperor Boney

An’ outmanoeuvred by Nosey.

To break from the deadlock ‘e played ‘is last card

Boney threw in ‘is Imperial Guard

“Fetch me the puddin’ trollies.

For the first time ever they beat their retreat

They’d seen what us Englishmen eat for a sweet

So Wellington took all the great accolades

(Some Germans fought wi’ us that day, I’m afraid)

At the Battle o’ Waterloo.

Glad to fill in the gap, Kev. Our Gert did do history at skul but nodded off when the Romans invaded Britain and didn’t wake up till the Second World War.

Thanks for the history lesson. Those of us who didn't attend school need snippets of information like this as our education.

Somehow, I missed this before today (6/7) - but it was a reet treat
to campaign with you against those sprouts near Brussels.

Many thanks, Po and Shifa.

A treat for all those enamoured by history. Thank you for sharing this poem!

As that great Swedish bear said