Competition closes in 17 days, 9 hours. Get details and Enter.

LEAD US NOT INTO TEMPTATION 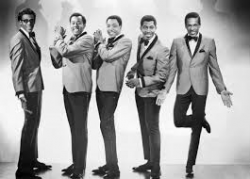 I got to thinking about Temptation as a theological concept within the construct of The Seven Deadly Sins the other day. Worldwide fans will be aware of my ruminations on these from previous treatises I have posted in scholastic publications like Facebook.

Essentially I was trying to weigh myself on the balance of scales and decided that on Gluttony, Sloth and Greed I am banged to rights, whereas on the credit side of the ledger I don’t suffer from Envy, Anger or Pride (as a glance at my fashion wear will testify).  That makes it a 3-all draw with the floating voter being Lust.

Which is how I got to thinking about Temptation.

See, in 40 years I have never taken my todger out of my breeches in anger outside the confines of our marriage, as looks only my mother has appreciated has kept me pure. So far, so good.  Not that I mightn’t have done, mind you, given the chance. (Don’t go and spoil it now, Coops).  So the theological issue for me is this: if the Deadly Sin is committing the act, is it also a sin simply by being tempted by it?  Cos there’s a lot happens in my head.

Picture the conversation outside the Pearly Gates

St Peter                So was it offered to you under your nose, all gaping and glistening, but you declined,  preferring instead to read The Book of Psalms?

But let’s take a look at your back catalogue, shall we?  It says here that on Sunday, 15th April, 1994 – a Sunday, mindst, that you dreamt of licking cheesecake off Gloria Honeyfords’ tits.

St Peter                And then again on the Monday, Tuesday and Wednesday.  On Thursday she was joined  by Val Singleton with a bread and butter pudding.

Many thanks, Greg, Mortimer and MC.
No-one knows me better than my wife, Greg. I could come home late at night with semen stains on my trousers and she would ask accusingly, “What have you been eating?”

This took me straight back to that line from a pop song of yesteryear:
"You can't go to jail for what you're thinking..."
Or - even older -
"Four walls do not a prison make
Or iron bars a cage."
If I were judging you JC, you'd get an "absolute discharge" - if you'll
pardon the sentence! 😇

This poem made me laugh out loud more than once.
It was so well written and comical, I absolutely adored it.

Maybe one of the best poems I have read all week, so refreshing and funny.

Extraordinarily wacky, John. I liked the cheesecake and bread butter pudding references. And the picture of The Temptations.