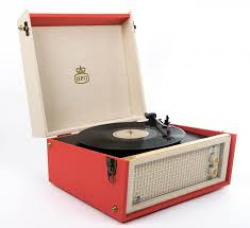 I realise completely that this will not make sense to 80% of WOLers.  But, hey-ho, there are some clubs in life you just can’t join.

I sold my records when I went to university in the early 70’s, opting instead to tape them all before I flogged them on a Grundig reel-to-reel tape recorder.  Shame really, some of them turned out to be quite valuable; amongst them was an early copy of Bob Dylan’s “Freewheelin’” that turned out to be worth a bob or two (ha ha).

They cost me a fortune to buy in the first place; 39/6d was the going rate for nearly all of them although there were a couple of Pye Golden Guineas.  Also Marble Arch did some at 11/6d.  I never understood the disparity.  Certainly there was a theme that the cheaper LP’s were by artists you wouldn’t want in your collection (Donald Peers and such like), but not always.  I’d got on Marble Arch The Kinks’s “Greatest Hits” as well as Donovan’s “What’s Bin Did and What’s Bin Hid” (or possibly the other road round).

Until the Grundig I played them like everybody else (ironically, one of the tracks on The Kinks’s record was “I’m Not Like Everybody Else”) on my record player – the ubiquitous square box in red and pale grey. It had a 3-speed setting - 33rpm for LP’s, 45 for singles and 78 for, well, 78’s.  Mine was cutting edge and had a top loader capable of dropping 8 records (8 LP’s was a bit of a stretch).

I rarely used 78 except to make them play like Pinky and Perky but I did have a 78 of Jerry Lee Lewis’s “Great Balls of Fire” with “Mean Woman Blues” on the B side. And playing it was fabulous!  When you pushed the automatic start the record player itself sprang into frantic, agitated life in sympathy with the turntable which, obviously, spun round at the speed of light.  But everything else kept up.  No sooner had the top loader dropped Jerry on the turntable than the needle arm leapt up, across and plomped down in three delightfully staccato movements. Then, for 2 or 3 seconds there was a rhythmic crackling/hissing  which heralded JLL’s slow piano arpeggio followed by “I gotta woman mean as she can be”.

When St Peter finally confronts me with the ledger of my life and asks me to list my many regrets, expecting a catalogue of guilty sins, I shall remind him of the day I sat on that 78 and broke it.

It pains me still.

WE DON'T NEED NO VENTILATORS (Brexit Before Breathing) ►

Quite so, Po.
The day the music died, Greg.

I remember the Twist and Shout EP, John. It got to about number four in the top ten, an amazing achievement for an EP. But not so amazing considering it was the Beatles. PS I also sat on at least one of my dad's 78s. It may have been Gracie Fields singing 'Come Back to Sorrento'.

It pains me still...

So a bit like some posters here mate... a pain in the arse! 😂

Poor old Boris has got the virus
Confined to bed with Miley Cyrus
Cohabiting has never been such fun
But the PMs duty must be done.

Laid low his temperature quickly rising
An opportune moment for Politicising
Many a scandal in number ten
Conceived by shrewder cannier men.

He said no John

Those paper ones are rubbish John... can I ask BOJO for a special dispensation do you think?

Dam you John Coopey... I just tried that and put my back out!
Po

When I was younger and could bend down there, Po, I could whistle down my foreskin.
I forgot to mention EP’s, Don. I had “Twist and Shout” on one.

I did notice “disparity” and “certainly” were in the same line albeit separated by a full stop. A good technique John. It was a bit oblique and my mind was otherwise occupied trying to figure out LP? You didn't give LP= . 'Little pussy' sprang to mind.....

I think we whistle up the wind sometimes John.
Po

A bit like pissing in to the wind perhaps

Tunes you could whistle, Po. The acid test of melody.
You clearly missed the juxtaposed rhymes of “disparity” and “certainly”, Don.

You've split it into stanzas this time. Barely scrapes in as 'poetry'. Well done. Wouldn't want anyone telling you right message wrong forum or heaven forbid, attracting the attention of the Thought Police

How many wolers did not get the 'My sweet hoard' reference even after reading it...

For those of you unfortunate enough not to know what I am talking about, here is a "glimpse".