by Dean Fraser - The Quantum Poet 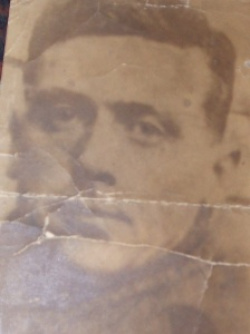 He slept with his boots on

Although true sleep is alien to him now

A cacophony of sound disturbs his slumber

Fear being his daily reality

He had volunteered, the Chorley Pals they called them

His friends were right there with him, wanting to do their bit

And yet he had already outlived all his Pals

A veteran at 19 years old

Oh yes, he slept with his boots on

And he would die the same way

◄ Every Day A Celebration

This is about my great grandfather...

A vivid vignette of what must have been so often known in conflict -
but especially the "Great War"...the so-called "war to end all wars".