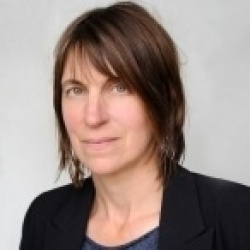 Alice Oswald has been elected as the next Oxford University professor of poetry, it was announced today. She received 1,046 votes, followed by Andrew McMillan with 210, and Todd Swift with 58.

Her awards include the TS Eliot prize in 2012 and the 2017 Griffin poetry prize, which she won for her seventh collection of poems, Falling Awake. She will succeed Simon Armitage, who has been appointed poet laureate, as Oxford professor of poetry on 1 October 2019.

Professor Ros Ballaster, chair of the English Faculty Board at Oxford, said: ‘Poetry plays an important role in our universities and society. It is a place for reflection in language and about language.

"The election of Alice Oswald will also see the tenure of our first female professor of poetry. To adopt the words in her own poetry, it is the fulfilment of long balancing ‘the weight of hope against the light of patience’. Hers is a remarkable, resonant talent and we count ourselves privileged to host her for the next four years. We know that she will foster with wisdom and generosity the talent of others in Oxford and beyond.”

A new Oxford professor of poetry is elected every four years, and responsibilities include giving a public lecture each term. Voting was open to members of Convocation, a group that includes Oxford graduates who have had their degree formally conferred, and members of staff who make up the University’s ‘parliament’, known as Congregation.

Writing poems in the sleep of reason ►

i have recently worked with andrew and had secretly hoped he would get it but i didnt think i ever believed he would. i think alice is a superb choice

She's the poet for the job alright. I read Heaney's, posthumous Book VI of the Aeneid around the same time I picked up Oswald's Memorial - a take on the oral history of Troy - and as these things can be compared, in choosing between the two works Alice Oswald has my vote.